Abu Dhabi, UAE, 2016-Nov-07 — /EPR Retail News/ — LuLu Group International has announced its biggest ever investment in the UAE with a 2 billion Dh plan to develop three malls in Umm Al Quwain, Sharjah and Dubai in the next two years. The mall development and management division of LuLu Group, Line Investments & Property aims to build and operate the three malls within the next three years.

The Mall of Umm Al Quwain is to be a single level strip mall of 20,000 square meters with a seven screen cinema due at the end of 2017 while the project in Sharjah, the Avenues Mall will cover 43,000 sq meters with premium restaurants and entertainment avenues is scheduled to be launched in 2019 while the Avenues Mall at Dubai’s Silicon Oasis is expected to extend over 82,500 sq. meters and has been designed as a premium retail and leisure destination which will be launched at the end of 2018. The Silicon Oasis Mall will compete with the new Cityland Mall which was announced last week and is located 5 kms away. Marcello Larizza, the general manager at Line Investments and Property explained that this would be the biggest investment by LuLu Group in the UAE but it was simultaneously building three malls in India and another three in Saudi Arabia. 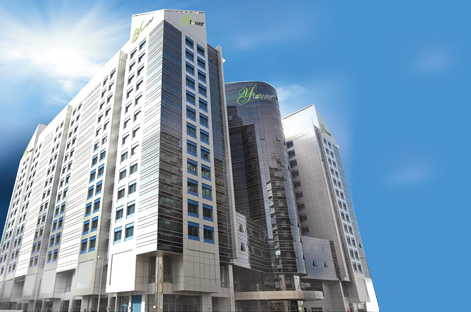