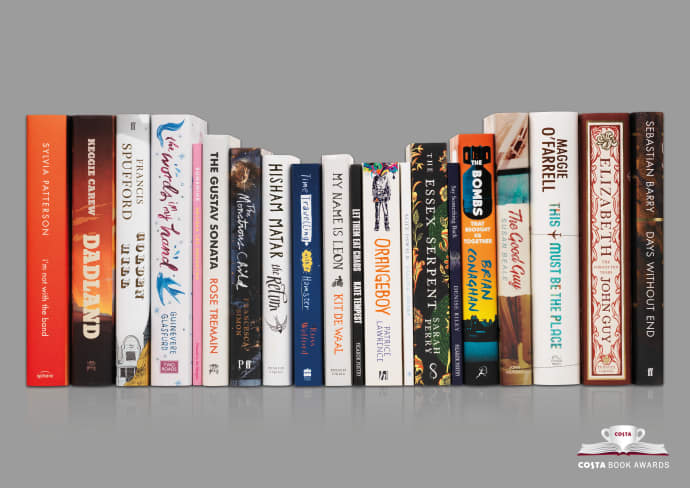 London, 2016-Nov-24 — /EPR Retail News/ — The Costa Book Awards is the only major UK book prize that is open solely to authors resident in the UK and Ireland and also, uniquely, recognises the most enjoyable books across five categories – First Novel, Novel, Biography, Poetry and Children’s Book – published in the last year.

Originally established in 1971 by Whitbread Plc, Costa announced its takeover of the sponsorship of one of the UK’s most prestigious book prizes in 2006. 2016 marks the 45th year of the Book Awards.

“I’m certain that readers of all tastes will find something to enjoy in this fantastic selection of books,” commented Dominic Paul, Managing Director of Costa. “My thanks go to the category judges who read so extensively and chose so carefully, and many congratulations to the shortlisted authors. We’re very proud of our heritage and connection with the Book Awards at Costa and we wish them all great success.”

To be eligible for the 2016 Costa Book Awards, books must have been first published in the

UK or Ireland between 1 November 2015 and 31 October 2016 and their authors resident in the UK for the previous three years.

Founded in London by Italian brothers Sergio and Bruno Costa in 1971, our quality coffee was the premium choice for boutique hotels and restaurants across the city. Today we continue to roast the original Mocha Italia recipe in Old Paradise Street, London with our 100% Rainforest Alliance certified coffee remaining at the core of our quality coffee Costa is the UK’s favourite coffee shop, having been awarded “Best Branded Coffee Shop Chain in the UK and Ireland” by Allegra Strategies for six years running (2010, 2011, 2012, 2013, 2014 & December 2015).

With 2000 coffee shops in the UK and more than 1,180 in 30 overseas markets, Costa is the fastest- growing coffee shop business in the UK. Founded in London by Italian brothers Sergio and Bruno Costa in 1971, Costa has become the UK’s favourite coffee shop chain and diversified into both the at-home and gourmet self-serve markets.

Costa is also committed to tackling the UK’s literacy challenge and is proud to have signed the Vision for Literacy Business Pledge 2016. In continuation of this commitment, and inspired by the Costa Book Awards and the ongoing work of the Costa Foundation, Costa launched its inaugural Reading Week in September 2016 in conjunction with over 500 schools across the UK.