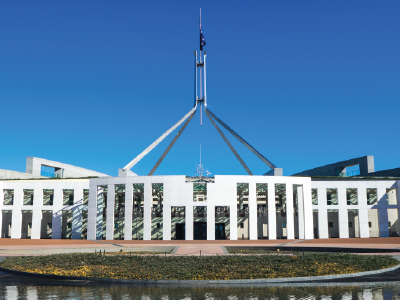 Melbourne, Australia, 2017-May-10 — /EPR Retail News/ — The Australian Retailers Association (ARA) believe this year’s Federal Budget brings some relief for retailers through reducing Government debt, but at the undesirable cost of increasing taxes on Australian individuals and businesses.

While the ARA applauds the strong infrastructure investment and additional skills funding, the Government has missed the mark in focusing its strategy to return to surplus through additional taxation as opposed to cutting spending.

Russell Zimmerman, Executive Director of the ARA said although the retail industry welcomed some of tonight’s Budget measures, the ARA urges the Government to make cuts to concurrent spending instead of slugging consumers with a Medicare levy tax hike.

“The Medicare levy increase of 0.5 percent to fund the NDIS is just a tax hike in another form that will hit consumer pockets hard.”

The ARA believe the substantial levy on five of the biggest banks, in conjunction with stricter regulation, will go a long way to reduce Australian debt and hopefully stimulate a return to surplus if implemented correctly.

“Our concern with this strategy is that the costs will be passed on by the banks to everyday Australians and small businesses,” Mr Zimmerman said.

“Without adequate safeguards to protect customers from these forwarded costs, we are cautious that this levy could prove counter-productive for retail growth.”

However, Mr Zimmerman said the ARA is disappointed in the delay to the reduction of the low value threshold and the restricted application of the asset write-off scheme which excludes businesses beyond $10 million turnover.

On the other hand, the ARA congratulates the Government on additional funding and regulation of the Black Economy, and calls for cash alternatives to be regulated at a low cost.

The ARA commends the additional skills funding in the 2017 Budget, urging the Government to work directly with retailers to address specific skill shortages which affect the core operations of retail businesses.

“On the whole, the 2017 Federal Budget is a step in the right direction for reducing Government debt and providing economic conditions conducive to reinvigorating growth in the retail sector,” Mr Zimmerman said.

Mr Zimmerman will be available for media comment and interviews at Parliament House in Canberra tonight following the Federal Budget announcement.

About the Australian Retailers Association: