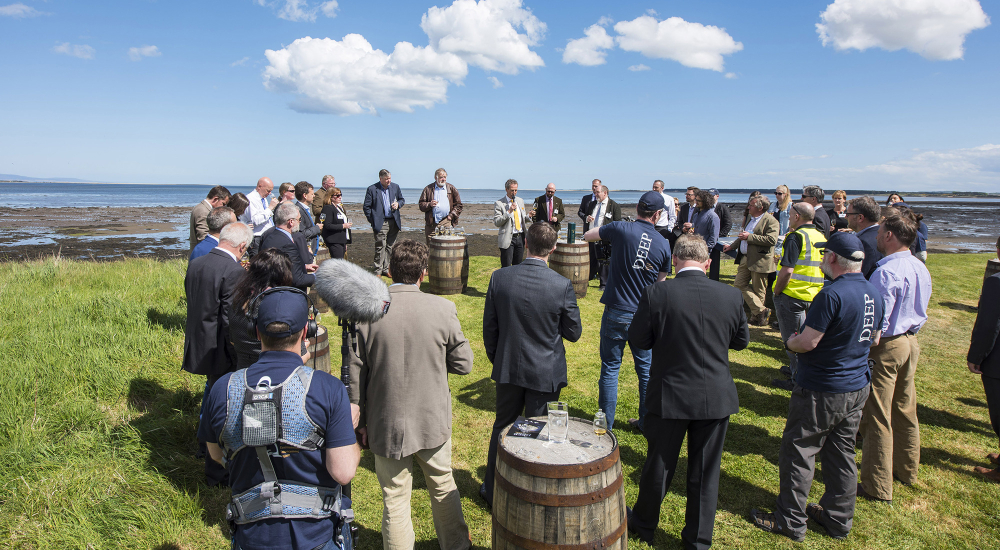 Paris, 2017-May-24 — /EPR Retail News/ — Glenmorangie initiated two ambitious projects at the end of May to purify and clean all the waste water from its whisky distillation process. The first is the creation of an anaerobic digestion plant to purify by-products from the historic distillery on the Scottish coast. The second initiative, called DEEP (for Dornoch Environmental Enhancement Project), aims to reintroduce native oysters to the Dornoch Firth estuary.

Alongside the purification plant, Glenmorangie has forged a partnership with Heriot-Watt University and the Marine Conservation Society. Together they have launched the DEEP project, which aims to both improve water quality and promote biodiversity in the Dornoch Firth, a site of special scientific interest and an important Special Area of Conservation. As part of this project, native European oyster reefs, which were decimated in this part of Scotland over 100 years ago, have been reintroduced in order to clean the remaining 5% of organic waste in the water.

Dr. Bill Sanderson, Associate Professor of Marine Biodiversity at Heriot-Watt, explains that: “Oyster reefs are among the most endangered marine habitats on Earth and it is thanks to Glenmorangie’s commitment that we have been able to create this project, which we hope will become an example that could be replicated in other parts of the world.” The oysters will be studied over the coming year by Heriot-Watt University researchers with the aim of building an established reef within five years. This will both prevent the extinction of the European oyster and create a natural solution to filter water.