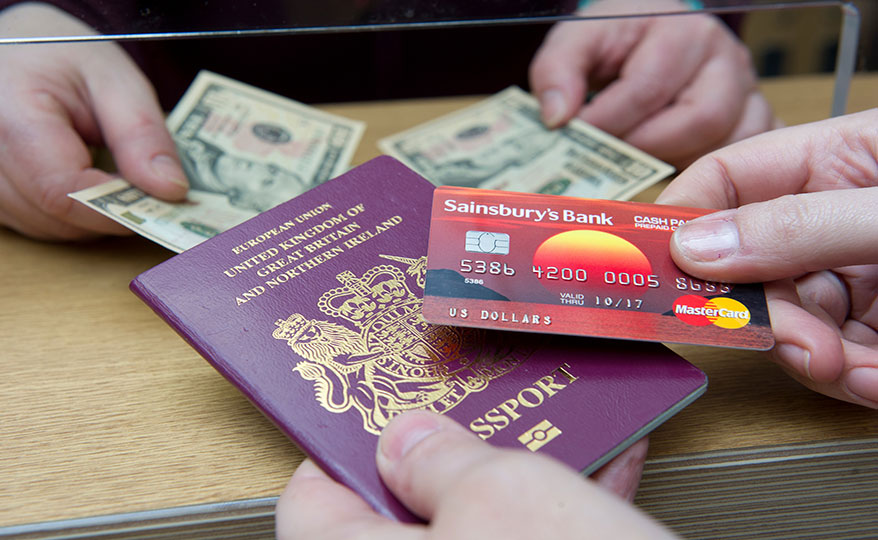 London, 2017-Jul-19 — /EPR Retail News/ — As the summer holiday season heats up, new research(1) from Sainsbury’s Bank Travel Money (www.sainsburysbank.co.uk/travel/money) reveals people plan to take around £836 million(2) more in spending money – or £34 per holidaymaker – than this time last year. The reason for this is to offset the fall in Sterling’s value against popular holiday currencies.

The sum of the top five currencies bought from Sainsbury’s Bank Travel Money in the first five months of this year was 26 per cent higher than the same period in 2016(4).

To help their money go further on holiday, the findings(1) indicate 9 per cent of people have specifically chosen all-inclusive vacations this summer, and 6 per cent have booked self-catering breaks for this reason.

Nearly one in 20 people (4 per cent) say they will go on fewer excursions whilst on holiday abroad, and 3 per cent have decided to take their summer vacation in the UK this year. In total, just over one in five (22 per cent) plan to make one or more changes to their summer holidays to ensure they get the most out of their money.

Simon Taylor, head of Travel Money at Sainsbury’s Bank said: “A fall in Sterling against popular currencies has made holidaymakers shop around for the best deal. Sainsburys shoppers can benefit from better rates when they use their Nectar card to purchase instore and online from Sainsbury’s Bank Travel Money.”

Sainsbury’s Bank Travel Money’s findings(1) reveal 21 per cent of people claim they have bought on average £455 of foreign currency at an airport travel money bureau over the past 12 months, despite offering some of the least competitive rates. Its research also reveals that on 5 July 2017 its own Sterling exchange rate was on average 11 per cent higher than the average rates offered for Euros at travel money bureaux at five different UK airports, and 10 per cent higher than the average rates for US dollars(5).

Sainsbury’s Bank Travel Money offers Nectar cardholders competitive rates on Euro and US Dollars at its instore bureaux and all currencies online, with 0 per cent commission on foreign currency and the opportunity to collect Nectar Points(6). In addition store customers can be reassured they are getting a good rate with the pledge to beat any store rate from any M&S or PO bureau within a 3 mile radius of the bureau, during the summer period(7).

There are over 50 currencies available to order, with next day collection available for Euros and US Dollars(8). Open seven days a week and with convenient parking, customers can also purchase a Travel Money Card – the Sainsbury’s Bank Multi-currency Cash Passport TM MasterCard® and collect travel money whilst shopping(9).

Sainsbury’s Bank is also currently running an offer for travel money customers by providing a discount of up to 40 per cent on its travel insurance(10) product. Customers who buy currency between 17 May and 29 August will receive a discount code for discounted travel insurance.

Customers can order currency online or by telephone on 0345 301 2724 and collect from one of over 230 travel money bureaux within Sainsbury’s stores, or receive free home delivery for orders of £500 or more.

This press release is information for journalists only and is not intended to be a promotion to be acted upon by consumers.

Rates and information correct at date of issue.

(1) Sainsbury’s Bank commissioned Opinium Research to survey 2,004 nationally representative UK adults aged 18+ between 28th April to 2nd May 2017. Opinium Research is a member of the British Polling Council and abides by its rules
(2) 942 respondents stated they went abroad last year and plan to/have this year/2004 = 47%
47% of Brits is 24,345,738 (using adult figure of 51,767,000) x £34 = £836,055,067
(3) Sainsbury’s Bank analysis of exchange rates (xe.com) between Sterling and the Euro and Dollar on 5th July 2017 compared to 5th July 2016.
(4) Source: Sainsbury’s Travel Money
(5) Sainsbury’s Bank analysis of own data and analysis of data on Travelmoneymax.com for Heathrow Airport, Gatwick Airport, Edinburgh Airport, Luton Airport and Norwich Airport
(6) Nectar points may take up to 60 days to appear on your account. Customers can collect Nectar points on all instore, phone and online purchases of foreign currency. The number of Nectar points collected is based on the value of the currency transaction: 5 points are collected for transactions between £0 and £249.99; 10 points for transactions between £250 and £499.99; 20 points for transactions between £500 and £799.99 and 50 points for transactions of £800 or more. A Nectar card must be presented at the time of purchase instore, or a Nectar card number quoted online or by phone at the time of purchase. The Nectar loyalty programme is operated independently of Sainsbury’s Bank by Aimia Coalition Loyalty UK Ltd; and the collection and use of points is governed by the Nectar Collector Rules, set out in the registration pack and available at www.nectar.com. Sainsbury’s Bank reserves the right to alter, cancel or withdraw this offer without prior notice.
(7) Rate Promise: You must supply details of the amount, currency and instore rate advertised; name and address of Post Office or M&S which must be within a 3 mile radius of your chosen Sainsbury’s Bank Travel Money bureau; and time of rate to be beaten (must be same day). Available instore only, not online or by phone. Applicable on a like-for-like basis on currencies available to buy from Sainsbury’s Bank Travel Money bureaux. Purchases only, must be requested before a purchase is made. If your chosen currency is out of stock, we will order it for you. Orders must be collected within 5 days of the order date. We reserve the right to verify the advertised rate. An offer to beat a particular competitor’s rate is valid only on the day it is made. Not available on buy back transactions or prepaid card reloads. Sainsbury’s Bank reserves the right to alter or withdraw this offer at any time without prior notice.
(8) Orders collected at instore bureaux – Euros & US Dollars can be collected next day, other currencies in 3 days. A £1.99 administration fee applies to all online orders under £100 collected instore.
(9) Sainsbury’s Bank Multi-currency Cash Passport™ is issued by R. Raphael & Sons plc, pursuant to license by MasterCard International Inc. MasterCard® is a registered trademark of MasterCard International Incorporated. R. Raphael & Sons plc is a UK bank authorised by the Prudential Regulation Authority and regulated by the Financial Conduct Authority and the Prudential Regulation Authority (registration number 161302) and is permitted to issue e-money. Head office and registered office at 19-21 Shaftesbury Ave, London, W1D 7ED, company registration number 01288938.
(10) Sainsbury’s Bank Travel Insurance is Underwritten by Cigna Europe Insurance Company S.A-N.V. Offer only applies to Travel Money purchased instore, online or by phone and includes home delivery or collection from Sainsbury’s Bank Travel Money bureaux between 17/05/17 and 29/08/17. Excludes buy back and money transfer transactions. Travel Insurance must be purchased by 26/09/17 using the discount code online. Terms, conditions and exclusions apply to all insurance policies. To qualify for Travel Insurance you need to be 16 years of age or over. Discount does not apply to any part of the premium you pay to cover any pre-existing medical conditions. Copies of the full policy wording and complaint procedure are available on request or by visiting sainsburysbank.co.uk. Offer cannot be used in conjunction with any other promotion or coupon. Sainsbury’s Bank reserves the right to alter, cancel or withdraw the offer without prior notice.