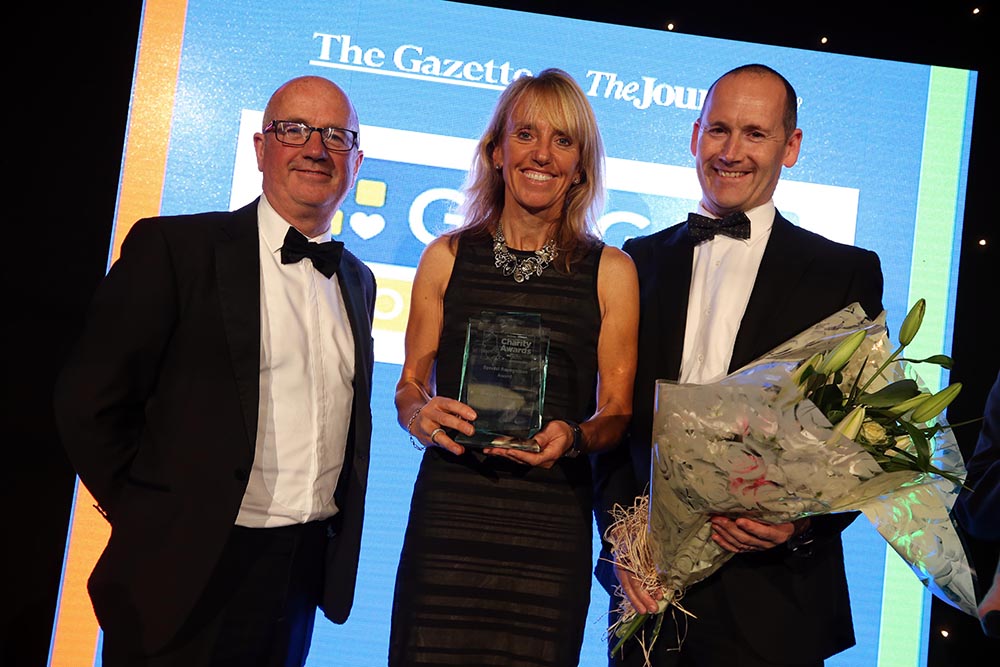 Newcastle upon Tyne, UK, 2017-Oct-11 — /EPR Retail News/ — The Greggs Foundation is celebrating after receiving a Special Recognition award at the North East Charity Awards in honour of its 30th anniversary. The award was presented by Bob Cuffe from Trinity Mirror, publishers of the Newcastle Journal and Evening Chronicle.

Greggs Foundation is a well-established trust and has donated £23 million to local causes in its 30-year history. Before the Foundation was established as a grant making trust, Greggs had established a strong reputation in the community, providing a range of social activities such as pie and peas suppers for older people in the Newcastle area.

The Foundation brings together all of Greggs’ charitable giving which has an extremely rich and long history. Based in Newcastle upon Tyne and closely associated with Greggs plc., the Foundation is a grant making charity which improves the quality of life in local communities, distributing around £2.8 million per year to charitable organisations throughout England, Scotland and Wales and supporting Greggs plc to raise over £1 million each year for external charity appeals.

Roger Whiteside, chief executive at Greggs said: “Over the past 30 years, the Foundation has helped to improve the quality of life for so many people in our local communities. Many of our colleagues at Greggs support the Foundation, whether by fundraising, making grants, donating unsold food or volunteering their time. The Foundation touches the hearts of everyone at Greggs and this award is a great endorsement of all it has achieved.