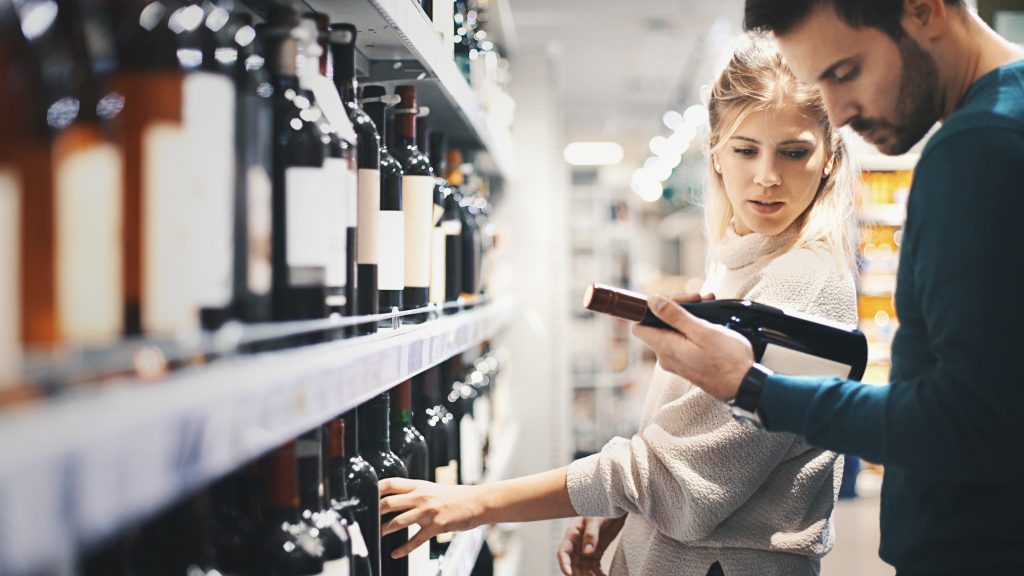 Closeup side view of late 20’s couple choosing some red wine at local supermarket. The guy is holding on of the bottles and they’re both reading the label on the back. Big selection of unrecognizable red wines in front of them.

“Grocery retailers are committed to the responsible retailing of alcohol. WRC members support a number of measures which improve the way alcohol is sold and enjoyed in Wales, we are the only sector following the Chief Medical Officer’s alcohol label and our members support responsible consumption messaging throughout store and through the Drinkaware Trust.

“It is widely recognised that there is no silver bullet to the deep-seated and intractable cultural and social causes of irresponsible drinking. It is worth noting that both problem drinking and overall alcohol consumption continues to decline, with the proportion of adults who drink alcohol at its lowest level since 2005.  We need to see more evidence that minimum unit pricing would make a difference to the minority of drinkers who do drink excessively, given that its introduction may hit less affluent moderate consumers of alcohol whilst not necessarily having the desired impact on problem drinkers.  We believe the right approach is to support a range of locally targeted partnership schemes that are properly evaluated and evidence-based; and we will work closely with our members to ensure that alcohol continues to be sold and marketed responsibly.”