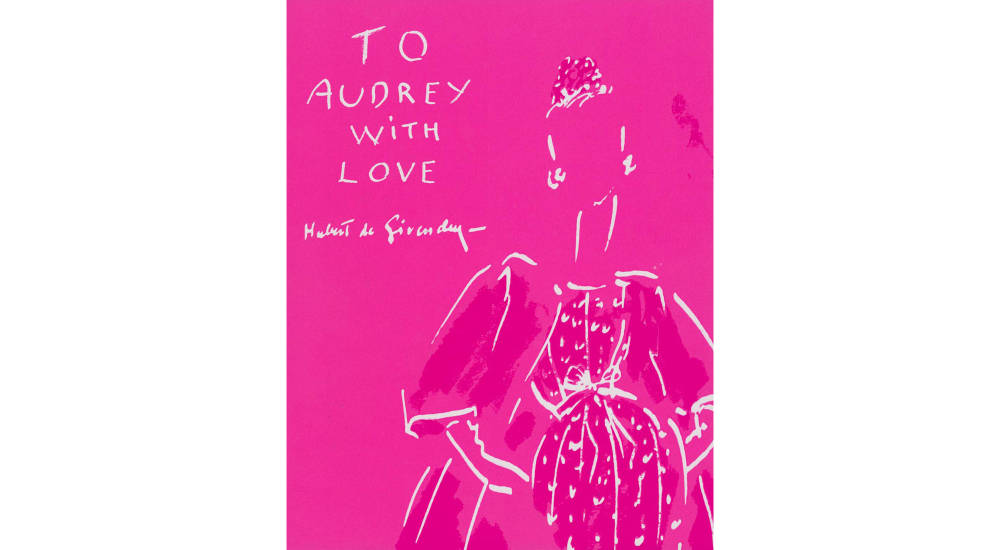 Givenchy celebrates designer Hubert de Givenchy and his friendship with Audrey Hepburn thru an exhibition in The Hague, Netherlands

Paris, 2017-Feb-23 — /EPR Retail News/ — When he retired in 1995, Hubert de Givenchy left the House an incredibly rich heritage. His impeccably preserved creations are currently featured in an exhibition entitled “Hubert de Givenchy: To Audrey With Love” in The Hague, Netherlands. The exhibition pays homage to his close friend and muse, the British actress Audrey Hepburn.

After 43 years of designing exquisite haute couture, womenswear and menswear clothes, Hubert de Givenchy retired in 1995, leaving an exceptional heritage. In  March 2016, Givenchy set up a special conservation department to preserve and showcase this exceptional heritage. This initiative has enabled impeccable preservation in the Givenchy heritage archives of numerous clothes and accessories designed between 1952 and 1995. They include emblematic pieces that belonged to faithful friends of Monsieur de Givenchy such as Audrey Hepburn, Jackie Kennedy and the Duchess of Windsor.

The exhibition “Hubert de Givenchy: To Audrey With Love” currently on show at the Gemeentemuseum in The Hague pays homage to the designer and his unique friendship with Audrey Hepburn. Maison Givenchy has loaned nearly 50 haute couture creations along with a hundred accessories. Hubert de Givenchy’s creations are also featured in excerpts from renowned movies in which Audrey Hepburn wore them, including Sabrina, How to Steal a Millionand Breakfast at Tiffany’s.

The exhibition runs until March 26th in The Hague before being adapted for venues in Switzerland and Calais:

– “Audrey Hepburn & Hubert de Givenchy, an Elegant Friendship” at the  Fondation Bolle in Morges, Switzerland from May 19 – September 17, 2017.

PARIS, 2016-Feb-01 — /EPR Retail News/ — Haute Couture fashion shows are a stunning demonstration of the skills of designer ateliers, and an eagerly-awaited event in the fashion world. In late January 2016, Fashion Houses Christian Dior and Givenchy unveiled their creations for Spring/Summer 2016.

Dior
Surrounded by a gallery of mirrors installed in the elegant gardens of the Rodin Museum, Dior presented a Haute Couture collection defined by “new couture realism”. Feminine silhouettes celebrate a return to Christian Dior’s New Look style, wearing the creations with spontaneity and modernity. The iconic Bar suit is reinterpreted in multiple variations, including a long coat in embroidered wool, a short jacket with slit sleeves and even a dress. Shoulders are sensually bared, and shapes are freed thanks to layers and transparent effects. Ribbons are the new neck and ankle jewelry. The remarkable expertise of Dior’s workshops is displayed in the lace and embroideries forming elegant animal motifs on long sleek-cut dresses, in a new homage to Monsieur Dior’s animal designs.

Givenchy
Riccardo Tisci defied convention once again by sending out his Haute Couture designs during the Men’s catwalk for Fall/Winter 2016/17. Twelve feminine silhouettes appeared in long dresses from daring black to delicate nude, adorned with shimmering sequins and mirrors that play with the light. Transparencies and airy draperies intensify the romanticism of the shapes. 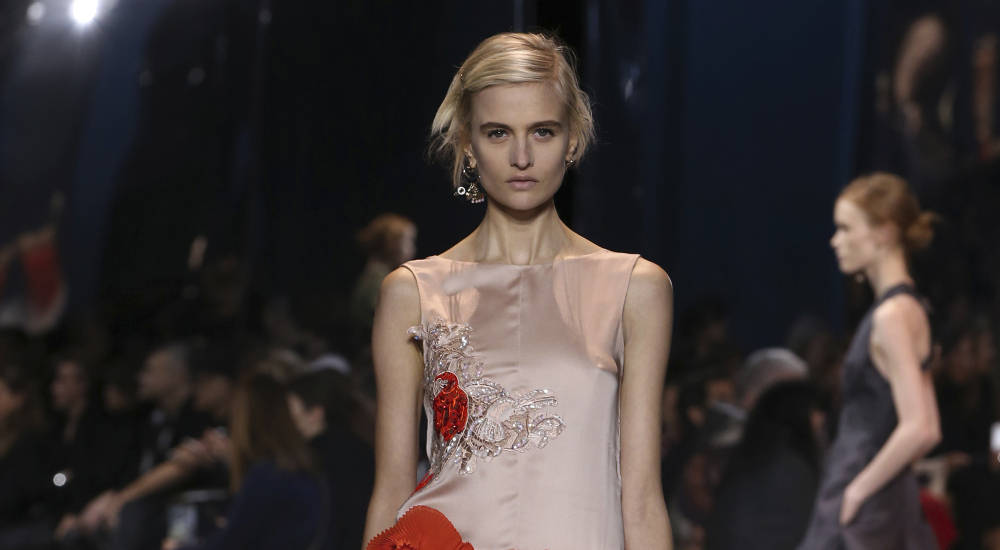 Louis Vuitton
An eternal traveler, the Louis Vuitton man has returned to his roots, taking inspiration from Parisians of yesterday and today for his Fall/Winter wardrobe. From Baron de Redé to the Art Deco period, Men’s Style Director Kim Jones draws on a variety of inspirations. Silk ensembles and large scarves accessorized the necks of sophisticated silhouettes, while military berets, khaki bomber jackets and backpacks equip the urban adventurer. The Vuitton man is above all a traveler who is constantly on the move, wearing the traces of his voyages on his jackets and t-shirts, which are marked with the Louis Vuitton stamp like a passport, the signature of the show.

Berluti
Alessandro Sartori’s collection for Berluti is marked by sophisticated minimalism. Square volumes leave ample room for a laid-back vibe: shirts are replaced by loose T-shirts and turtlenecks with rolled up sleeves, pants reveal a naked ankle and shoes worn without socks. Shoe models have been reinvented, connecting the shoemaker’s craftmanship with the codes of sports footwear. Pieces made from soft materials are marked by striped graphics, as well as tattoo art imagined by artist Scott Campbell. Drawn onto the models’ skin, tattoos are also present on shoes, bags, knitwear and scarves, adding a folk-rock touch to the collection.

Kenzo
Kenzo sent out its Fall/Winter looks to the sound of a hundred singing voices gathered in the center of the podium. The vibrations of the chorus joined together with those of this eclectic collection, with its printed silk shirts, velvet coats, wide woolen pants and imitation-alligator jackets. Kenzo’s color palette, as audacious as ever, ranges from burgundy to mustard to pastel blue. The palette is completed by Japanese-inspired motifs, an homage by Carol Lim and Umberto Leon to Kenzo Takada, the founder of the brand, whose handwritten signature was printed on several pieces in the collection.

Loewe
No catwalk for Loewe, which opted for a presentation in Paris in conjunction with the launch of a new media campaign, revealing a striking menswear collection. Inspired by the rocky natural setting of Cuenca, Spain, Jonathan Anderson continues to rework the House signature, imagining a collection of raw, wild elegance. Organic materials and animal motifs give a primitive flavor to the silhouettes, whose movements are freed thanks to extra-wide cuts. The Loewe creative director designed the accessories in XXL formats, notably the bags, including the collection’s newest addition, the Goya.

Debenhams has announced that it is offering customers the chance to save the trouble of travelling outside of the European Union (EU) in order to grab a duty free beauty bargain by taking the VAT off nearly 200 top name cosmetic, skincare and fragrance lines – until 28 July 2010.

The move comes 11 years after duty free laws were changed to exclude EU members, effectively removing duty free from the grasp of the millions of people who holiday in Europe.

Sara Stern, director of Beauty Merchandising at Debenhams, said: “We wanted to give our customers a kick start to their summer, with duty free savings across a range of premium and own buy cosmetics and that’s exactly what we have done.”

With no VAT on certain products, customers will be able to save money when shopping at Debenhams with a 17.5% reduction in the price.