London, 2017-Nov-28 — /EPR Retail News/ — New research from leading British retailer, Debenhams, reveals the amount of preparation and planning shoppers put into making sure they get the item they want on Black Friday.

When it comes to planning for the ‘big weekend’, one in ten (12%) admitted they started thinking about what they wanted to buy 4-7 days before. One in 20 (6%) take it a step further compiling their wish lists a month to six weeks in advance.

Women are more likely to create a plan of action for the sales – 8% of the women spoken to in the study said that they started to pull together a wish list one to three months before the sales. Men on the other hand prefer to wait until closer to the time – a fifth (21%) left it 1-5 days before, while 4% made a snap decision on the morning.

Around the country, Londoners plan the furthest ahead – they start thinking about what they want up to three months in advance (3%). In contrast, Yorkshire and Humber residents wait until the morning of the sales (9%) to snap up a bargain.

It seems that the early bird really does catch the worm when it comes to Black Friday – more than one in ten (14%) are planning to wake up at 6am to face the sales. A further 7% admit that they will be setting their alarm for 5am while 6% will be staying awake until midnight in order to bag a bargain. Shoppers in Sheffield and Southampton will be first up; they are planning to rise at 2.42am to scour the sales.

Richard Cristofoli, Managing Director of Beauty and Marketing at Debenhams, said: “Since arriving in the UK four years ago, Black Friday has become a formidable fixture in the country’s shopping calendar. Last year the event was the biggest day of trade in Debenhams’ 239 year history.

Our customers tell us that they love the glamour and excitement that Debenhams offers through including great deals on top beauty brands, exclusive Designer fashions as well as branded electricals and toys in the event.”

All of Debenhams Black Friday deals can be found here: debenhams.com/Black-Friday 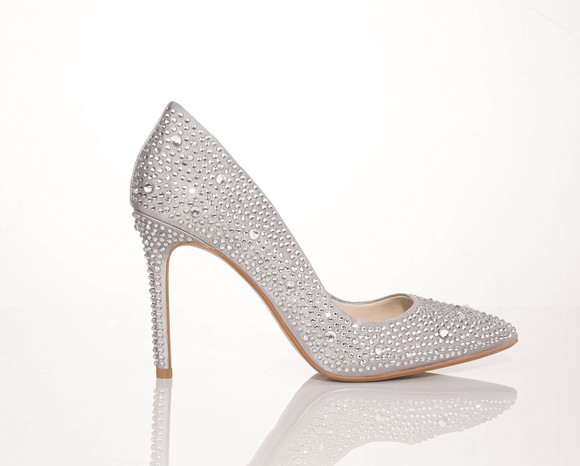 Debenhams research: over a quarter (28%) of Brits didn’t know their partners’ dress or suit size

London, 2017-Nov-28 — /EPR Retail News/ — A quarter of all Brits have argued with their partner after receiving the wrong sized piece of clothing as a gift, according to the latest research by leading British retailer, Debenhams.

The high street giant interviewed couples – who had been together an average for 20 years – to see whether they knew, unprompted, their other halfs’ dress size, eye colour and bra size. The findings form part of Debenhams current #youshall campaign which encourages shoppers to find their ‘fairytale Christmas’ and depicts the tale of a young couple who fall in love following a chance meeting when the woman loses her shoe on a train in a TV ad.

Of the 2,000 people interviewed, over a quarter (28%) didn’t know their partners’ dress or suit size. Women were slightly more clued up with one in four women (25%) struggling to remember their partners’ shirt size leaving men further in the dark with a third (31%) clueless when it comes to naming their girlfriend or wifes’ dress size.

Things get marginally better when it comes to footwear with only one in ten (13%) unable to name their partners’ shoe size. Partners in London are the most ignortant on shoe sizes, with almost a fifth (18%) unable to find a shoe that fits.

Typically when it comes to men knowing their partners’ bra size, nearly half (46%) of all men draw a blank. In Scotland and Northern Ireland over half of the men (60% and 52% respectively) don’t know their a, b, c’s from their back sizes and cannot name the size that their partners wears.

Even more concerning, despite spending two decades together together one in ten men (11%) don’t even know the colour of their partners’ eyes.

Managing Director for Beauty and Marketing, Richard Cristofoli at Debenhams, says: “Debenhams has created an amazing footwear range including a limited edition shoe by designer, Jenny Packham.   With a little forethought gift givers can avoid Christmas Day disappointment by simply taking a shot on their phone of their partner’s favourite ahead of the shopping trip.  That way we believe ‘you shall’ have a fairytale Christmas all round!”

The report details that one in four (24%), don’t buy clothes or shoes for their partner with men especially feeling nervous about making the wrong purchase. Over a third (36%) admit they don’t feel confident selecting a size from a rack of clothes compared to one in ten (13%) of women said they felt the same way.

Of those that do buy clothes for their partner, almost a quarter (24%) end up buying the wrong size and arguing about it. Men are most likely to be in the firing line, with a third (31%) facing anger if they get the wrong size. Nearly a fifth of women (18%) admitted that they had argued with their partner as a result of being presented with a wrongly sized gift.

To encourage male shoppers to get more size aware, Debenhmas has created a limited edition shoe by Debenhams Designer, Jenny Packham, which features in the TV ad campaign and is designed specially to make the recipient feel like a real princess. The crystal studded stiletto, which retails at £99 has a production run of just 600. Scarcity of the item urges shoppers to ensure they purchase the right size first off to ensure that they are find a fairytale ending.

The Debenhams #youshall campaign sees stores up and down the country converted into a glittering ballroom scene. Across the company’s 175 UK and ROI store estate, more than 326,500 metres of glitter ribbon, 242,500 baubles, 12,500 twinkle tree lights and 100,000 stars have been used to set the festive scene.

You Shall Find Your Fairytale Christmas