The 13 wannabe models look every bit the princess as they adorn themselves with pieces from two of Argos’s AW17 jewellery collections.  The brand-new Revere range includes comprises beautiful, timeless jewellery to suit all budgets and the Abbey Clancy collection, designed by the model herself, incorporates stunning fashion-led statement pieces.

Highlights featured in the show include:

Abbey Clancy said: “I’m loving working with all our new models and it was so fun seeing them accessorise for their first shoot with designs from my new AW Argos jewellery range. There’s nothing more exciting than seeing women wear my collection, bringing the pieces to life with their own unique style.”

Argos jewellery buyer Jo Rowland said: “We’re delighted to have Argos jewellery feature in the first episode of the new series of Britain’s Next Top Model.  It’s clear to see that this year’s contenders are really committed – and they just wowed us all with their professionalism when modelling the brand new Revere and Abbey Clancy collections.”

The new series of Britain’s Next Top Model premieres on Thursday 19 October at 9pm exclusively on Lifetime, available on Sky 156, Virgin 208, TalkTalk 329 and BT 329.

The stunning 1.00 CT diamond cluster ring, set in luxurious yellow 9 CT gold is hardly distinguishable from the Made in Chelseastar’s newest bling accessory which she unveiled for the first time on ITV’s Lorraine today since getting engaged to Made in Chelsea co-star Hugo Taylor last month.

Argos jewellery buyer Jo Roland said: “Millie’s beautiful engagement ring is a classic piece that makes a real statement. For those who love the look but don’t have the Made in Chelsea budget, our Revere 9ct Gold 1.00ct Diamond Cluster Ring for only £899.99 is the perfect choice whether you’re showing it off on King’s Road or not!” 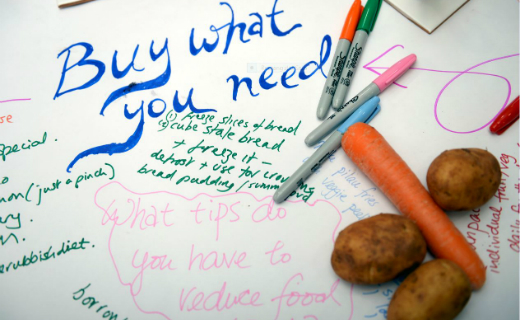 LONDON, 2015-10-9 — /EPR Retail News/ — Friday 9th October marks the start of Seafood week, and runs until Friday 16th October. So, o-fish-ially it’s on for 8 days but it would be a shame to not squeeze in two fish Fridays.

Seafood Week 2015 is run by Seafish – the UK authority on seafood to support a profitable, sustainable and socially responsible fishing industry – it’s all about encouraging more people, to eat more fish, more often.  There are lots of health benefits to eating fish, and as fish and seafood is so versatile to prepare and cook there are lots of tasty ways to serve it up.  We’re showing our support and encouraging our customers and colleagues to be involved through recipes and inspiration online.

Seafish has chosen to promote a different fish each day and we’ll be focusing on this through our twitter and facebook using #SeafoodWeek. So if it’s Mackerel or, even Haddock that takes your fancy we’ll be on hand to give you recipes or info about the daily species.

As the largest retailer of Marine Stewardship Council (MSC) certified sustainable fish in the UK for the fourth year running, and our commitment that all the fish we sell will be independently certified as sustainable by 2020 we think it’s important to encourage consumers to eat fish more regularly, and to think more broadly than the ‘Big 5’ which are the top 5 fish that make up for 80% of sales in the UK, these are – Cod, Haddock, Salmon, Tuna and Prawns. That’s why over the last few years we’ve run our Switch the Fish campaign to encourage our customers to try lesser known species like Lemon Sole and Hake.

Here are a few recipes to get you started:

Look out for our updates throughout the week and for more information visit www.seafoodweek.co.uk 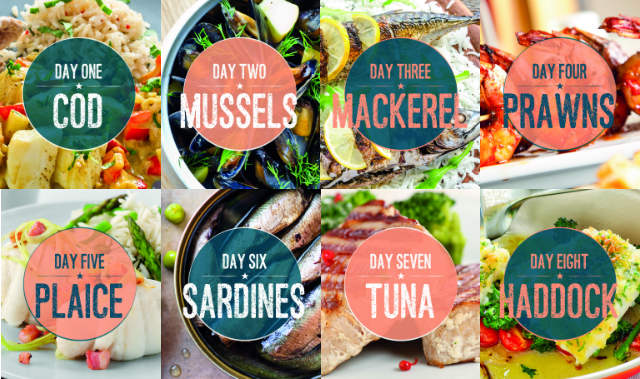 Sainsbury’s is now stocking 100% British Red and Green chillies, with the season expected to last until at least September.

LONDON, 2015-7-20 — /EPR Retail News/ — The British chillies have been grown in various UK locations including Bedfordshire, Jersey and West Sussex with one of our growers being UK company Barfoot’s Cropping. The high sunshine levels and low rainfall in these areas make them ideal locations for the glasshouse growing. The farm work with Sainsbury’s to produce varietals such as Serenade, Fresno, Jalapeno and Breva, and also supplies the retailer with Scotch Bonnets (scoville heat 100,000 – 350,000), which are also all currently British in stores.

British chillies are available from Sainsbury’s between May and November and are 100% UK grown on the following products from July:

Thomas Lapraik, from Barfoot’s says: “We’ve been working with Sainsbury’s for 8 years and are pleased to be able to offer customers 100% home-grown Red, Green & Scotch Bonnet chillies in stores. My favourite chilli is the Breva variety. It has a lovely shape with just the right amount of flavour kick that is user friendly in the kitchen”.

These new format Argos digital stores will provide customers with a choice of over 20,000 non-grocery products which they can either buy instantly in store via tablets, or reserve online for easy collection within hours, the same or the following day. An extended range of around 40,000 products can also be ordered in store for home delivery. The Argos digital stores in Sainsbury’s will range in size from around 1,000 to over 5,000 square feet.

The combination of Argos digital stores and Sainsbury’s supermarkets will create a compelling and complementary product offer and provide the convenience that customers are increasingly looking for from their local supermarket. The 10 digital stores will open by summer this year.

Mike Coupe, Chief Executive of Sainsbury’s, said: “These 10 Argos stores will complement our supermarket offer, giving customers the opportunity to shop for an extended range of non-food items. They will bring something new and different to our customers, and fit well with our strategy of making our supermarkets more convenient. As well as looking at carefully selected partners, we continue to roll out our ranges of own brand clothing and general merchandise in our supermarkets to give customers even more choice and value.”

John Walden, Chief Executive of Home Retail Group, said: “Our new distribution model allows us to provide customers in any Argos location with a choice of around 20,000 lines within hours, regardless of the size or stocking capacity of the store. This strategic capability has opened up options for a variety of new Argos stores and formats, and the possibility that we can now cost-effectively reach more customers and neighbourhoods with an Argos presence. I look forward to the results of the 10 store programme with Sainsbury’s and to understanding the full potential of this exciting opportunity.”