Pasay City, Philippines, 2014-2-24 — /EPR Retail News/ — SM Investments Corporation (SM) has inked a memorandum of agreement with the University of the Philippines for the construction of a PHP400 million professional schools building in Fort Bonifacio, Taguig City.

Under the agreement, SM and SM Prime Holdings, Inc. have committed to supervise the construction and delivery of the nine-storey building and all its facilities which include classrooms, function rooms, a multi-purpose hall, auditorium, libraries, a computer laboratory, faculty and student lounges, cafeteria, coffee shop, two basement parking floors and administration facilities, among others.

“My father Henry Sy, Sr. strongly believes that poverty should never be a hindrance to good education. As a young boy, he was a self-starter, a dreamer and one whose life is a living testimony that education can empower anyone to rise from poverty and deprivation. Having grown out of abject poverty, my father simply knew that he had to work harder than the rest of his classmates just to be able to go to school. He taught himself to ignore the despair surrounding him, and dreamt of a much better life for him, his family and for this country,” SM Prime Holdings, Inc. President Hans T. Sy said during the signing ceremony.

“This is the kind of legacy he passed on to us, his family and the whole SM organization, and the kind of legacy that we would like to share with all Filipinos. UP is one of the institutions we hold in high regard and one that we trust to keep Mr. Henry Sy, Sr.’s legacy alive,” Mr. Sy said.

UP is SM’s long-time partner school in the nationwide college scholarship program of SM Foundation, Inc. Through this program, SM has and continues to provide free college education to thousands of deserving children coming from financially challenged families. This program is deeply rooted on empowering our youth, giving them hope, honing their true potential and investing both in their future and that of the whole country.

Every year, more than 40% of SM scholars graduate with Latin honors. Currently, SM Foundation has 1,300 scholars nationwide and 1,700 scholar-graduates and donated and constructed a total of 58 school buildings with 144 classrooms to date.

SM is a leading conglomerate in the Philippines with substantial interests in retail, banking and property development. SM steadily evolved and progressed from its humble beginnings as a modest shoe store in 1958 to one of today’s largest and most well-known Philippine corporations. It was listed on the Philippine Stock Exchange in 2005, and owns blue-chip listed firms SM Prime Holdings, BDO Unibank and China Banking Corporation. In property, SM Prime has become one of the largest real estate conglomerates in the country and in Southeast Asia with interests in malls, office buildings, resorts, hotels and convention centers. 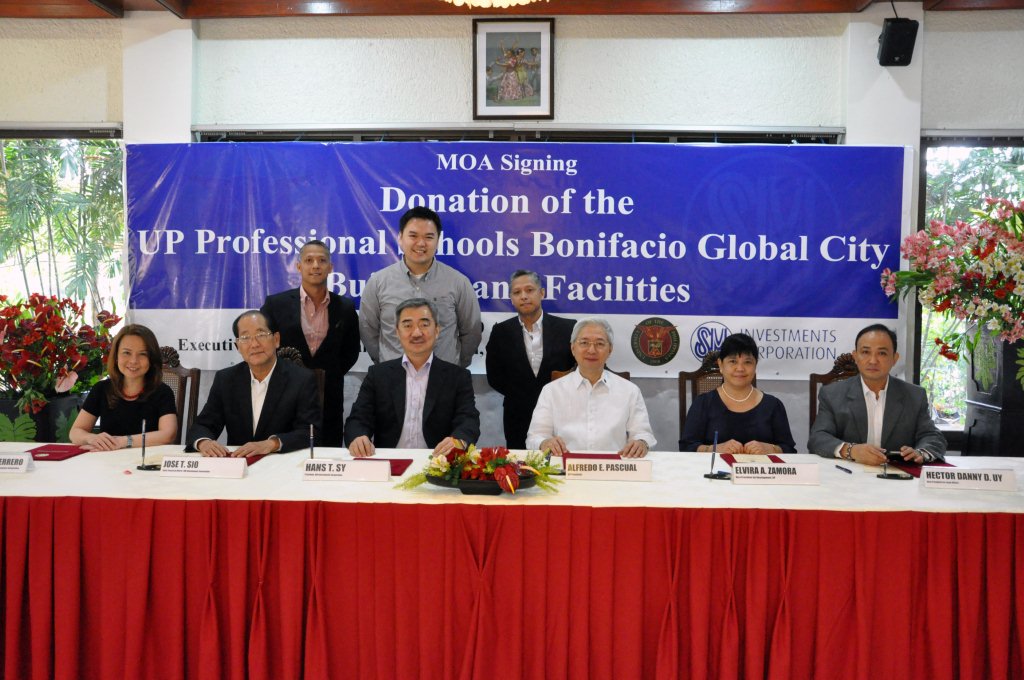