For the first time in two years, a majority of men (51%) are optimistic about the economy and an even greater percentage of younger consumers (56%) are optimistic — and both groups say that they are more likely to increase their spending this holiday season.

Consumer confidence remains elevated as gas prices have dropped nearly 70 cents per gallon to under $3 per gallon over the past four months. For every one-cent decline in gas prices, Americans save an estimated $3.7 million per day at the pump.

Overall, consumer optimism about the economy held steady at 46%, making November the fourth out of five months that optimism was 46% or higher, according to the latest consumer survey conducted by the National Association of Convenience Stores (NACS).

Consumers also have expectations about future gas price declines — over one in four (26%) consumers say that they think gas prices will be even lower in 30 days than they are today. This is the most positive gas price forecast made by consumers since NACS initiated its monthly consumer surveys in January 2013.

NACS, which represents the convenience store industry that sells 80% of the gas sold in the country, conducts the monthly consumer sentiment survey to gauge how gas prices affect broader economic trends. The National Association of Convenience Stores (NACS) survey was conducted by Penn, Schoen and Berland Associates LLC; 1,110 gas consumers were surveyed Nov. 5-7, 2014. Summary results are at www.nacsonline.com/gasprices. 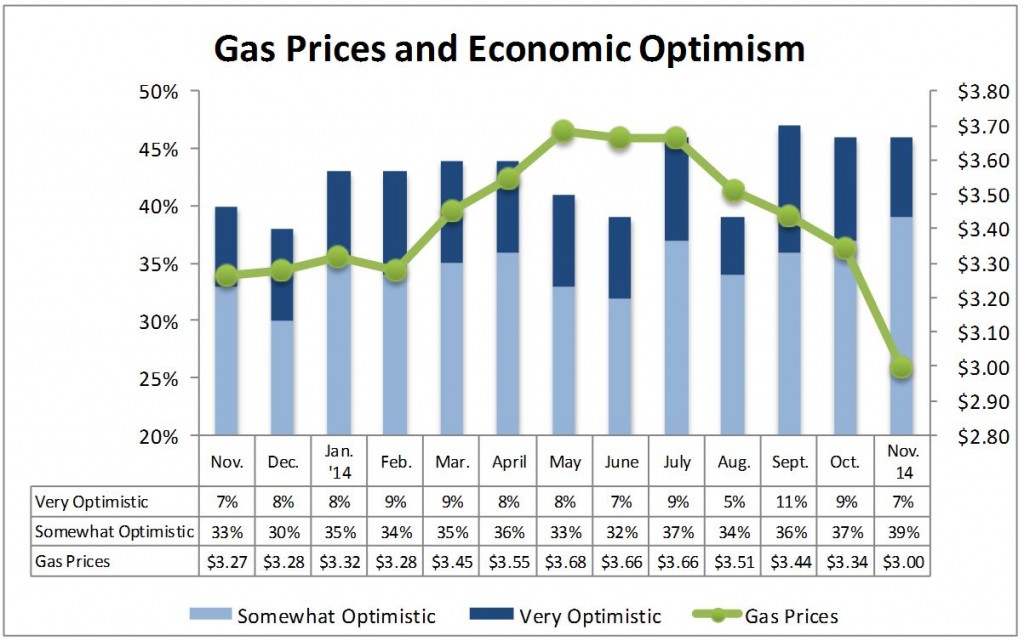