“I’ve worked really hard to hone my craft,” he said. “I’m now seeing the results of my hard work.”

Wibawa took top honors in the first ever Indonesian Brewers Cup Championship finals held in central Jakarta. The competition, which occurred in stages over four months and wrapped up in November, featured 79 competitors from Bali, Jakarta and Semarang. Participants were judged on their coffee-brewing expertise, presentation skills and customer service. As the first place winner, Wibawa will represent Indonesia at the World Brewers Cup Championship in Dublin, Ireland next year.

“This experience has given me another level of confidence to share my skills and knowledge about coffee,” said Wibawa. “I’m honored to represent Starbucks Indonesia at the World Championships in February.”

Wibawa was first exposed to coffee when he joined Starbucks two years ago. He learned quickly and developed an enthusiasm for all things coffee. In 2014, he was selected as his district’s coffee master and earlier this year he won Starbucks Indonesia’s Barista Championships. He will also represent Indonesia at the China and Asia Pacific (CAP) region’s Starbucks Barista Championships in Hong Kong in February 2016.

“I am proud to be a Starbucks partner,” said Wibawa. “At Starbucks, I can do what I love and what I’m passionate about, which is coffee.”

“Ryan was very eager and committed to learning everything about coffee,” said Luqman. “I couldn’t be happier for him.”

“I can’t believe I will compete in the world championships,” added Wibawa. “I am so happy and proud to represent Starbucks and my country.” 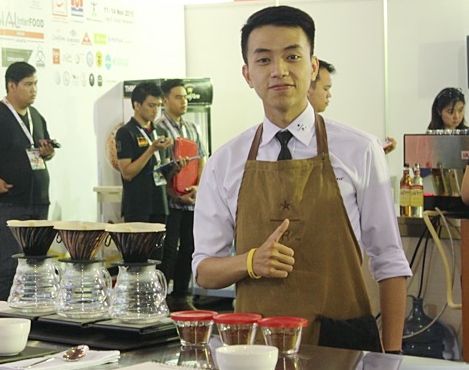