“Having worked among some of the most recognized chefs and hotel brands in the world, Tien is an innovative leader in the culinary and hospitality industries,” said Ken Meyer, executive vice president of operations at Whole Foods Market. “As the Whole Foods Market brand continues to evolve and differentiate itself from competitors, we recognize the importance of this role and could not be more pleased to welcome Tien, who will help us elevate the way Whole Foods Market guests experience our food.”

Ho is joining Whole Foods Market from Morgans Hotel Group, where he was responsible for all aspects of the culinary department across the group’s portfolio of 10 hotel brands, including Mondrian, Hudson, Morgans, Royalton, Delano, Shore Club, Clift, Sanderson, St Martins Lane and others in development around the world. While there, he led all kitchen design and concept development, orchestrated strategic partnerships with celebrity chefs, created and managed critical path and standard operating procedures for Morgans Hotel Group’s culinary team, and oversaw the recruitment of all culinary positions.

Prior to his tenure at Morgans Hotel Group, Ho held chef and partner positions at a number of prestigious, cutting-edge restaurant brands in New York, including Little Wisco, Momofuku Ssäm Bar and Má Pêche. Ho began his culinary career in Texas at top-tier hotel restaurant venues, including Four Seasons Hotel Houston and The Driskill Hotel in Austin, until he relocated to New York in 2002 to serve as a sous chef at the award-winning Café Boulud and Café Gray.

“Having lived in Austin previously, I have long admired how Whole Foods Market set itself apart from conventional grocery stores by offering the best quality products, shopping experience, and really enjoyable in-store dining experiences,” Ho said. “Whole Foods Market makes grocery shopping fun, and my mission is to further extend the wonderfully unique things people love about Whole Foods Market through the foods we create, the items we bake, and the experience our customers have when they purchase and consume them.”

Ho will be based at the company’s headquarters in Austin, Texas, where he is relocating with his wife and daughter. He is a graduate of the University of Texas at Austin with a bachelor’s degree in history and philosophy. He was named Best New Chef by New York magazine in 2011 for his innovative Asian cuisine at Má Pêche.

Tien Ho has been appointed global vice president of culinary and hospitality at Whole Foods Market and will officially join the company in January 2016. 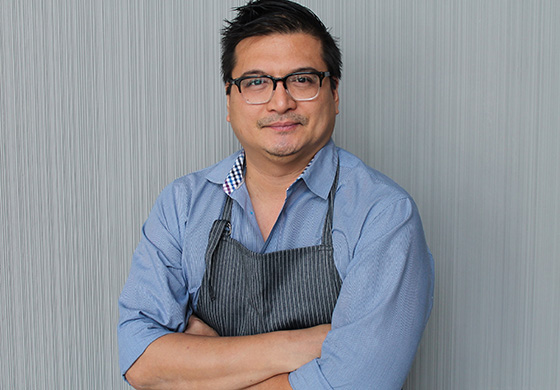