Brown has served Stater Bros. for the past 36 years as Chief Executive Officer and will become the Executive Chairman of the Board of Directors of Stater Bros. Markets. Van Helden will continue to report to Brown.

Van Helden is a 38-year veteran of the Supermarket Industry and has served Stater Bros. as President and Chief Operating Officer since 2013.

Prior to joining Stater Bros., Van Helden was Executive Vice President Retail Operations for Supervalu.   He began his career in the Supermarket Industry in 1977 working as a Courtesy Clerk for Rosauers in Libby, Montana.  In 1978, he relocated to Bozeman, Montana where he joined Albertsons as a Clerk.  During his 38-years in the Supermarket Industry, Pete has held a variety of leadership positions.

Pete holds a Bachelor of Science Degree in Business Administration from University of Phoenix.  He also serves as Vice President of Stater Bros. Charities.

“Pete is well-respected and will do an outstanding job as President and Chief Executive Officer,” stated Brown. 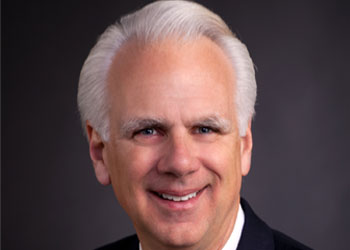