BESTSELLER FOUNDATION BUYS 25% OF OGOJII MAGAZINE – A PAN-AFRICAN MAGAZINE BUILT ON THE BELIEF THAT DESIGN WILL RESHAPE AFRICA – ITS IDENTITY, ITS CULTURES AND ITS FINANCIAL MUSCLE.

BRANDE, Denmark, 2016-Feb-12 — /EPR Retail News/ — Did you know that Kenya could very well pioneer drones in the delivery of goods? That bitcoin might replace Naira in Nigeria? Or that Beyonce has Kisua – a unique African fashion brand– among her favorites?

Many of these stories never reach mainstream media outside Africa and even if one is picked up, you would probably still have to shop around for the others. Unless you read the magazine OGOJIII where all of the above stories have been published.

A CONTINENT IN MOTION
BESTSELLER FOUNDATION has bought shares equivalent to a quarter of this new Pan-African Magazine with Danish roots – OGOJIII – which was launched in June 2015. OGOJIII is the brainchild of Danish designer, Jens Martin Skibsted, and the concept revolves around the great potential Africa has. OGOJIII focuses on ideas and perspectives on a continent in motion and the individuals who drive Africa forward through design, innovation and sustainability.

BESTSELLER FOUNDATION’s director, Kristian Sloth Petersen, is excited about the partnership with OGOJIII and says that, “While underdevelopment and poverty still are very real features of the continent, Africa of 2016 is also opportunities, talent and hardworking people. OGOJIII establishes a channel to capture, highlight and spread information about all the good cases of Africa’s potential, the brilliant entrepreneurs and the visionary innovations. With its design-centric approach OGOJIII can strengthen the belief that, through the right choices of design, societal problems and challenges of different natures can be overcome.”
Kristian Sloth Petersen expects that OGOJIII will become a meeting point bringing together talented entrepreneurs and other visionary people as well as impact investors such as BESTSELLER FOUNDATION around new innovative projects.

OGOJIII is a perfect match for BESTSELLER FOUNDATION who sees itself playing a role that stimulates a similar process – helping entrepreneurs, creative and innovative people in Africa (and elsewhere) change and shape a new narrative for themselves.

ABOUT OGOGII Magazine
OGOJIII Magazine is currently available in South Africa, Zimbabwe, Zambia, Kenya, England and Denmark. In 2016 OGOJIII Magazine will continue to extend its reach to more countries in Africa and beyond. The magazine has its offices in Cape Town, South Africa where they put together a magazine told by Africa, to Africa and for Africa.

THE NAME OGOGIII:
The name OGOJIII is a combination of the Yoruba word for 40 – ogoji – and the Roman writing of two – II – which in combination (ogoji + II) makes 42 which is the number of cycles in the West African Akan calendar. Not only will the name further help build an identity as an African magazine, but OGOJIII is also published roughly every 42 days.

You can read more at the OGOJII website at www.OGOJIII.com
and more about BESTSELLER FOUNDATION at www.bestsellerfoundation.org/ 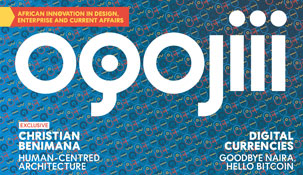 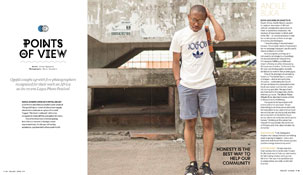