The SHS-HDJ was established in 1956. Among its sister schools are Manresa School in B.F Homes, Parañaque City and Nazareth School of National University in Sampaloc, Metro Manila.

“With great pleasure and on behalf of the Henry Sy Foundation, we turn over to the Sacred Heart School-Hijas de Jesus the newly renovated Henry Sy Sr. Auditorium. May it enhance the efforts of the school in continuing to provide a well-rounded and quality education to its young students,” said Ms. Elizabeth T. Sy, a Trustee of the Henry Sy Foundation and an alumna of SHS-HDJ. Ms. Sy is  the President of SM Hotels and Conventions Corp.

The Henry Sy Foundation signed a Memorandum of Agreement (MOA) and Deed of Donation with the SHS-HDJ in July 2015.

SM founder Henry Sy has invested in several schools, among which are National University, Far Eastern University where Sy went to college, and the Asia Pacific College. Through SM Foundation, the social development arm of SM, Sy has built 75 school buildings with 227 classrooms nationwide since 2002. SM has also donated Henry Sy Sr. Halls, which are multi-storey school buildings, to the De La Salle University and to the University of the Philippines.

Staying true to its founder’s belief that education empowers an individual, SM Foundation has invested most of its resources in its Scholarship Program both for university education and technical-vocation education as well as in training farmers in modern techniques. 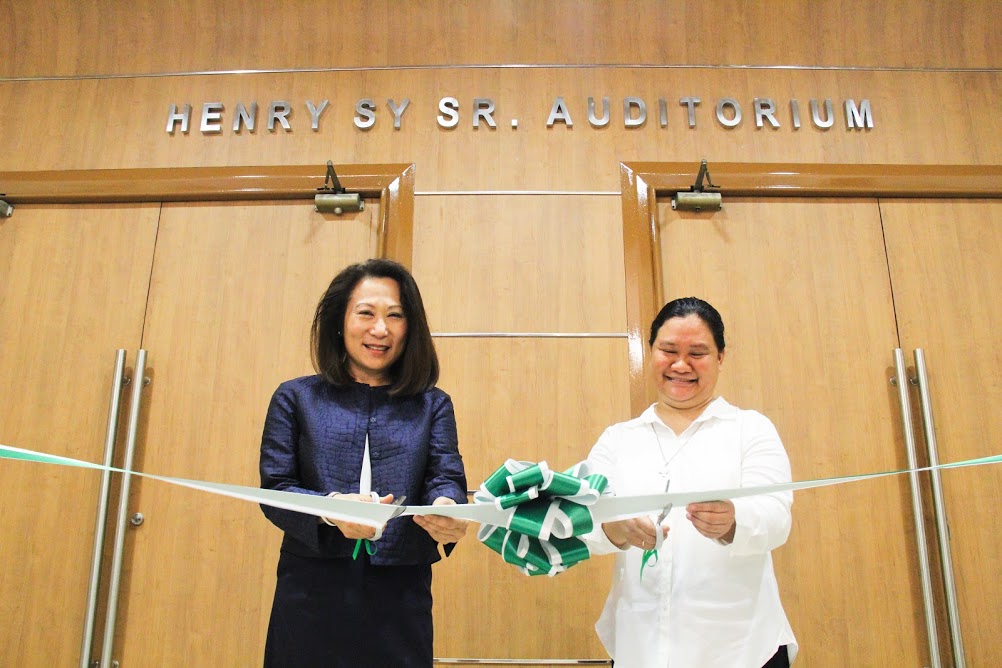 Leading the ribbon cutting of the Henry Sy Sr. Auditorium is Ms. Elizabeth T. Sy, a Trustee of the Henry Sy Foundation and an alumna of the Sacred Heart School-Hijas de Jesus in Cebu. Ms. Sy is the President of SM Hotels and Conventions Corp. Also in the photo is Sr. Joji Silorio, Principal and Directress of the school.