QATAR, 2016-Mar-24 — /EPR Retail News/ — Al Meera Consumer Goods Company (Q.S.C.) is pleased to announce that it has just signed an agreement with Al Khayarin Group Contracting and Trading and Al Muftah Contracting Company, to build six new stores out of the 14 planned for the coming period with total contract value of QR 238,730,146, as part of Al Meera’s expansion strategy for 2016 and beyond.

As per the agreement, Al Muftah Contracting Company will work on the construction of four new Al Meera shopping centres, while Al Khayarin Group Contracting and Trading will be building two new shopping centres for the company. Project Management services for the six new stores will be provided by Al Rayan Partners (ARP).

Al Khayarin Group Contracting and Trading, on the other hand, will work on establishing two new Al Meera shopping stores in Al Khor and Saileya, on a land area of 15,000 m2 each.

“We are excited to venture into this new partnership with Al Khayarin Group Contracting and Trading and Al Muftah Contracting Company, who will be building six of Al Meera’s 14 new shopping centers planned for the coming period, noting that Al Meera has started its construction works in 5 branches of the 14 from last year in Sailiya North (Al Miarad), Leabaib 2, Al Wakra (west), Um Slal Ali and Bu Sidra, expecting the completion within the next 3 months. Our expansion plans are a result of a well-researched strategy to march with Qatar’s urban plans, as well as to drive the company’s future growth. We are confident that this collaboration will establish highly-developed Al Meera stores that are equipped with world-class technologies and solutions, and will continue to serve customers in different areas of the country, through the excellence of our people and our innovative approach.”

“We are pleased to be partnering with Al Meera, one of the biggest enterprises in Qatar, and are proud to play a role in its expansion strategy, which caters to the needs of more consumers across the country. The four new stores shall be built to the highest standards, using the latest equipment and will live up to Al Meera’s motto of being consumers’ favourite neighbourhood retailer.”

In his remarks regarding the agreement, Mr. Muhammad Idrees Anwar, CEO/Managing Partner of Al Khayarin Group Contracting and Trading, said:

“It is our honor to take part in helping Al Meera reach more consumers living in the countries’ various regions. Under our partnership agreement, Al Khayarin Group Contracting and Trading will be working on the establishment of two new state-of-the-art shopping centers for the country’s leading supermarket chain. We look forward to the opening of the new Al Meera stores for consumers in those two key locations, which we are confident will reflect Al Meera’s innovation and modernity benchmarks and will be up to its customers’ expectations.”

“Al Rayan Partners is proud to provide project management services for Al Meera’s fourteen projects including six stores recently awarded for construction to Al Khayarin Group Contracting and Trading and Al Muftah Contracting Company, in line with the company’s growth plans. With our established experience in project management and our local market expertise, ARP is the right partner for Al Meera’s new shopping centers and we will be trying our level best to ensure that the operations go as planned and that the projects are delivered on time, within budget and as per Al Meera’s approved quality standards”.

Al Meera’s expansion plans are currently stretching to new heights with the setup to construct and equip 14 new shopping centers spread across the country; a result of strategic research and strategy to keep pace with Qatar’s urban planning, which has extended to new areas and others that have recently witnessed a population boom.

The company is working in close and continual coordination and collaboration with the Ministry of Municipality and Environment to exchange recommendations and suggestions in that regard.

In 2015, Al Meera announced the opening of 10 new stores, with 9 stores covering Muraikh, Al Azizia, Muaither, Jeryan Njeima, Al Thakhira, Al Wakra, Al Thumama, Al Wajba, Rawdat Ekdeem and a branch in Gulf mall; this also comes in addition to beginning the works on five new shopping centers in various regions of the country within its plan to complete the 14 new braches as planned, expecting to reach a total of 55 branches within the next 2 years. 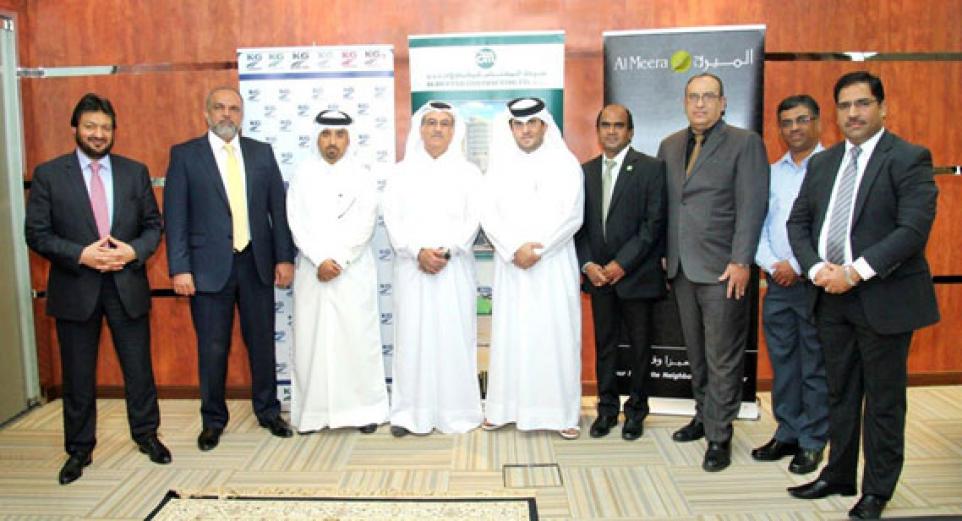