The visit came as Gore was in Manila for his three-day Climate Reality workshop to educate civic leaders on climate change and its solutions. During the workshop, Gore called on Filipinos to end their dependence on coal, and predicted that the Philippines, due to its abundant sunlight, can become one of the world’s first 100% solar-powered economies.

The Solar Carpark inspection was an opportunity to learn about how the Philippines is leading the way in clean energy adoption. He noted the scale of the project, which has made SM MOA the world’s largest solar-powered mall, and used it during his Climate Reality presentation. Joining the site inspection was a camera crew taking footage of the solar installation for an upcoming documentary on climate change.

The 2.7 MW MOA Solar Carpark is nearly twice the size of the 1.5 MW SM North Edsa Solar Carpark, making it one of the world’s largest on-site solar projects. Comprised of 10,426 solar panels and 40 inverters, it supplies nearly 20% of the mall’s power needs. Over 30 years, it is expected to offset over 80,000 tons of CO2, equivalent to planting over 400,000 trees. Unlike many solar projects, which displace vast farmlands or forests, the rooftop installation occupies previously unused space and provides a “green roof” to shade parked cars.

Also unlike most solar farms, which are dependent on subsidies, this project is notable for relying on zero government incentives, powering the mall at below utility rates. This demonstrates how, owing to high electricity prices and sunlight levels, the Philippines is one of the first markets to reach “grid parity”, where clean energy is also the cheapest form of energy. Solar Philippines constructed and financed the Solar Carpark, which supplies the power to SM Mall of Asia under a long-term agreement at below utility rates. Together with SM North Edsa, this makes SM the largest consumer of solar energy in the Philippines. 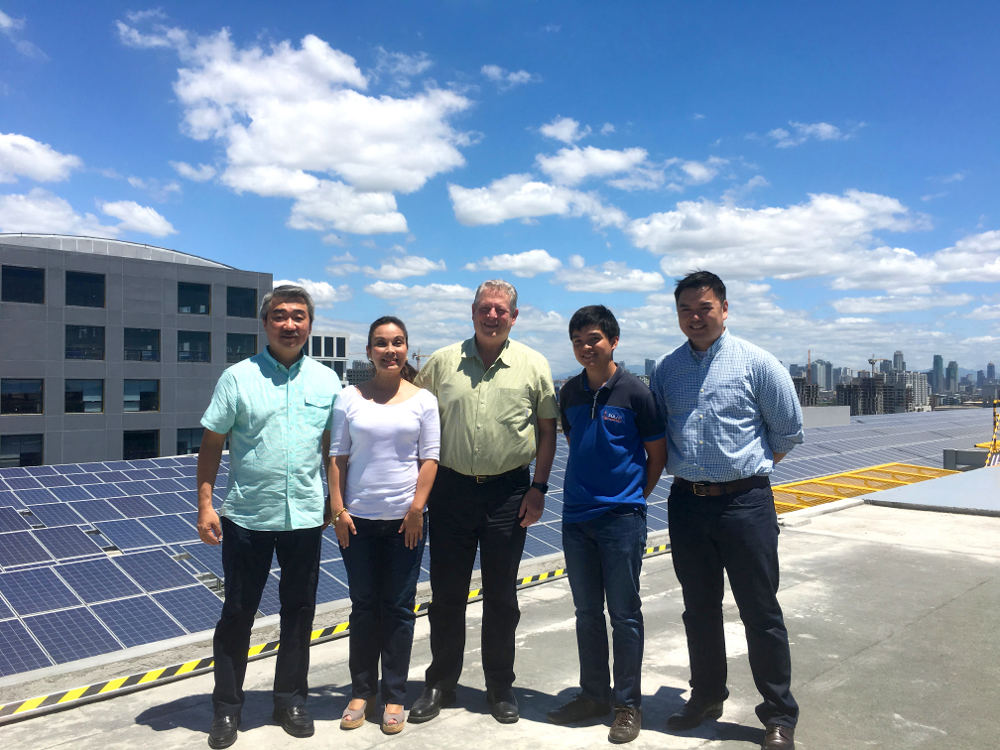