Barcelona, 2016-Apr-06 — /EPR Retail News/ — MANGO is consolidating its presence in the Netherlands with the opening of a new store last Friday. The Dutch capital is the location for a new 1000 m2 store distributed on two floors, making it the sixth MANGO megastore in the country.

The store, located in Gelderlandplein, one of the most luxurious shopping centres in Amsterdam, will stock the woman’s (MANGO), men’s (MANGO Man) and children’s (MANGO Kids) lines and is now the 38th MANGO store in the country, since the brand first arrived in the Netherlands in 1997.

In addition to Amsterdam, other Dutch cities such as Eindhoven, Maastricht, Rotterdam, The Hague and Enschede already have megastores, taking the total number of this type of store in the country to 6. First implemented worldwide in late 2013, the megastore concept is based on stores with a selling space of between 800 and 3000 m2 that stock all or most of the group’s lines. The firm now has over 150 stores of this type worldwide. MANGO has transformed 30% of its store chain into megastores during the last three years.

MANGO opened its first store on Barcelona’s Passeig de Gràcia in 1984, and now has over 2700 stores in 109 countries. MANGO closed the 2014 financial year with a Consolidated Group turnover for the MANGO-MNG Holding of 2.017 billion euros, representing a 9% increase on 2013. 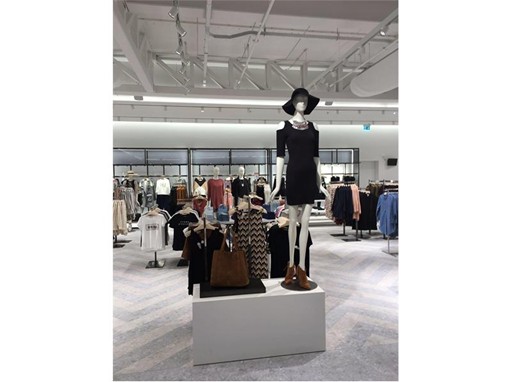