Riyadh, Kingdom of Saudi Arabia, 2016-Apr-18 — /EPR Retail News/ — The Saudi Automobile & Touring Association (SATA) has launched awareness campaign in order to raise awareness on child safety. The campaign has been promoted through social media sites, posters at SASCO stations and newspapers to bring a number of messages under the title, you have been advised (Allamtak), which focus on the concepts of child safety, raise awareness of the society about the dangers caused by ignorance and neglect. As well as the campaign messages should focus on the correct child seat usage in cars, which contribute to save child lives by 70% – 80% in the event of crash accidents.

The recent campaign launched by SATA, constitute part of the continued efforts made by the Saudi Automotive Services Company (SASCO), parent company of the Saudi Automobile & Touring Association (SATA).

In this regard, the Saudi Automobile & Touring Association (SATA), has been affiliated to the FIA and authorized to issue international driving license and customs documents for temporary importation of vehicles registered in Saudi Arabia. As well as SATA activities include organizing motor sports events and campaigns to raise driver awareness on road safety. 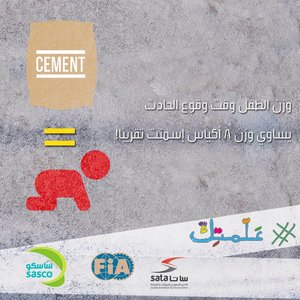