“Chicago customers have a diverse set of needs,” said Dan Dehmlow, a district manager for Starbucks in Chicago. “On their commute, they may be looking for a fast, efficient experience while at their neighborhood store they may want to slow down and relax. We want to meet our customers wherever they are in their day, with the same meaningful connection and great cup of coffee.”

This is the company’s fifth express format store, following successful introductions in New York and Toronto.

More for the Menu: Starbucks Reserve and Evenings

“We know customers in Chicago love the coffee experience, which makes this the perfect place for Starbucks to try new things,” said Dehmlow.

Chicago also has 50 Starbucks Evenings locations, with a menu suited for later in the day, with wine, craft beer and sharable small plates.

Later in 2016, Starbucks will open in the Englewood neighborhood of Chicago’s South Side as part of its program to locate stores in diverse urban communities across the United States. The jobs created by opening these new stores, and providing onsite training through local non-profit agencies, will help achieve the company’s goal of hiring 10,000 opportunity youth.

Starbucks will work with local women- and minority-owned contractors and suppliers in the Chicago area, as it did in Queens, New York and Ferguson, Missouri.

In October 1987, Starbucks opened the doors to its first store in Chicago near the Sears Tower on the corner of West Jackson and Van Buren. Nearly 30 years later, Chicago has more than 150 stores, second only to New York among U.S. cities. The Windy City remains at the forefront of new Starbucks® store concepts and experiences with the opening of its first express format store, an elevated store experience in the market’s Starbucks Reserve stores, and a new store and training center in Chicago’s South Side to provide opportunities for young people.

Did you know Chicago has its own coffee? Starbucks Gold Coast Blend®, named after the historic Gold Coast neighborhood along Lake Michigan’s shores. To honor Starbucks entry into the Chicago market, Starbucks master coffee blenders brought together the heft of beans from Latin America and Indonesia with a bit of dark Starbucks® Italian Roast. 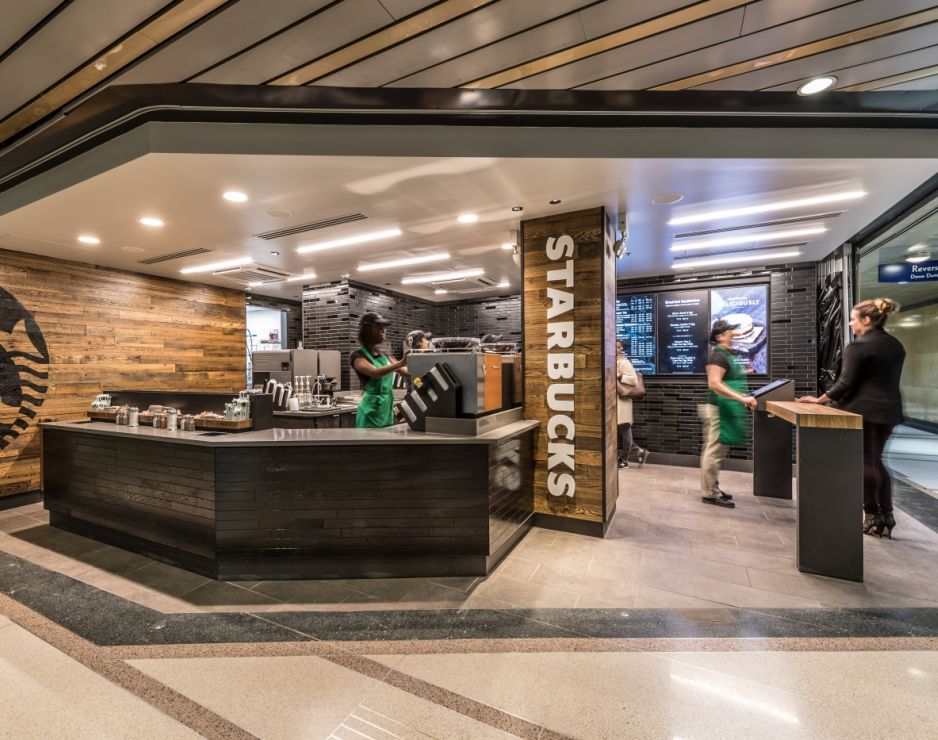