“I’m so proud to have these special stores in our area,” said Francesca Peri, Starbucks regional vice president. “We’re in a unique position with such a strong military presence in Honolulu and we have the privilege to serve this community every day in our stores.”

Military Family Stores employ many baristas and managers who are veterans or military spouses and work with non-profit organizations to provide services for veterans and their families.

Partners at the Honolulu stores, one located at Kaneohe Bay Drive in Windward City and the other on Valkenburgh Street in Moanalua, will collaborate with Mission Continues, Team Red, White & Blue and Blue Star Families. Starbucks has a total of 22 Military Family Stores across the U.S. and plans to dedicate additional stores in 2016.

While Peri has only worked in Honolulu for six months, she feels a special connection to the military community there. Her husband served in the Armed Forces for 22 years and retired as a Major in the Army National Guard. Peri has made a point to meet other military spouses at Starbucks stores in the area and serve as source of support.

“Starbucks aims to provide a positive, understanding environment for military spouses and their families,” said Peri. “Being a spouse can be lonely, but it’s great to know that your Starbucks family is there for you.”

In addition to the Military Family Stores, Starbucks helps the military community in Honolulu by supporting the Morale, Welfare & Recreation (MWR) program at Joint Base Pearl Harbor-Hickam, which provides special benefits for service members and their families. Twelve to 15 times per year, Starbucks partners prepare hot and iced coffee for military families when ships return to Pearl Harbor. Partners also organize hiring fairs on the base to contribute to Starbucks commitment to hire 10,000 veterans and military spouses by the year 2018. 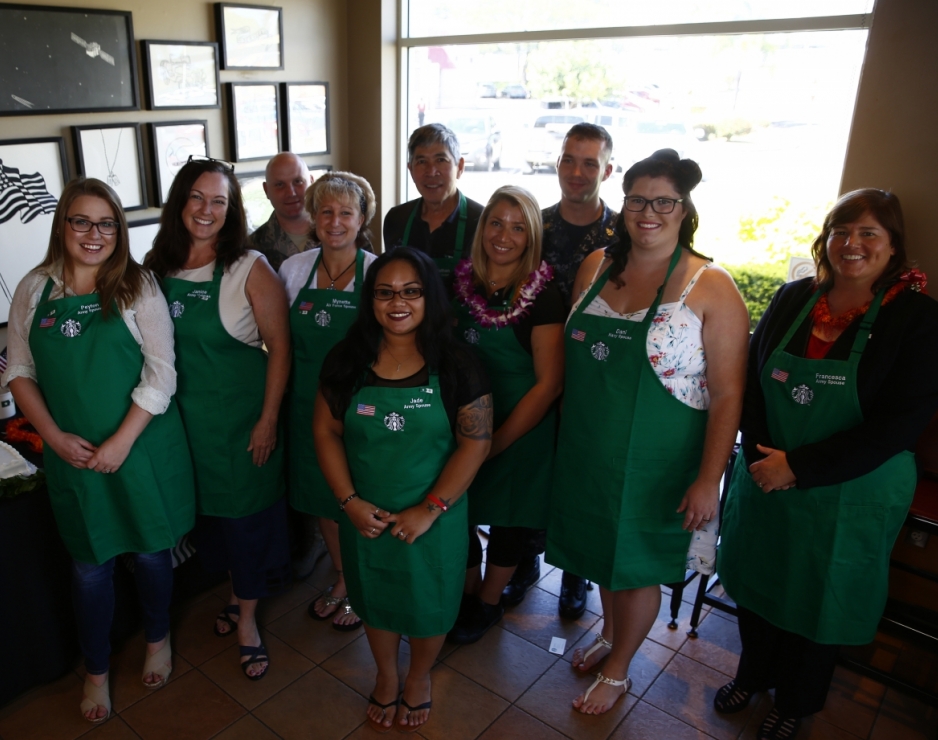