It’s been the seaside’s best kept secret for decades, even centuries.

But now demand for the salty coastal sea plant samphire which goes particularly well with fish, is soaring.

In the last year demand for samphire has soared by 80 per cent at Tesco, thanks to its popularity on TV cookery shows like BBC TV’s Saturday Morning Kitchen and Channel Four’s Sunday Brunch.

As unusual as it sounds the plant, which traditionally grows in estuary waters, is being commercially harvested for Tesco in the Vale of Evesham, Worcestershire – an area noted for its outstanding quality asparagus.

Tesco vegetable buyer Bart Vangorp explains:“For centuries, samphire was the seaside’s best kept secret – a little known sea plant that is a wonderful accompaniment to fish because of its wonderfully succulent taste and distinctive salty flavour.

“Until about five years ago samphire was still only really known by foodies but thanks to being championed by celebrity chefs such as Hugh Fearnley-Whittingstall and Jamie Oliver it is becoming a mainstream delicacy.

“Unless you lived near the sea it was quite hard to find which is why we decided to stock it to make it easier for our customers to buy.”

Tesco’s samphire is supplied by speciality growers Westlands who are the UK’s biggest producer of edible sea plants.

They grow samphire in glasshouses, which is cultivated and hand harvested to give customers a better tasting and fresher product.

Westlands general manager Peter Taylor said:“While the British season lasts from mid-May until October estuary grown samphire has a notoriously short window of being at its very best which is about two to three weeks from late June to early July after which it becomes too stringy.

We grow samphire in glasshouses because we can perfectly replicate coastal temperatures and growing conditions. The extra hand harvesting care also produces a wonderful tasting crop.

“It doesn’t need to grow in water – it likes to be moist. And we only use the glasshouse to enhance and lengthen the natural growing days and season.”

The company started growing samphire seven years ago and initially produced about two tonnes a year and demand is now so strong that we’re set to harvest about 240 tonnes this year.

Samphire is also known as sea asparagus because of its spear like shape. It is best prepared by either lightly steaming or sautéing it.

Samphire has vibrant green stalks with a crisp texture and succulent tender tips. It has a distinctively salty flavour and is low in calories with virtually no fat. It is also rich in vitamins, especially vitamin C.

Tesco samphire will be available in store from May to October and costs £2 for a 115 gram pack.

For more information please contact the Tesco Press Office on
01707 918 701
We are a team of 480,000 in 11 markets dedicated to serving shoppers a little better every day. 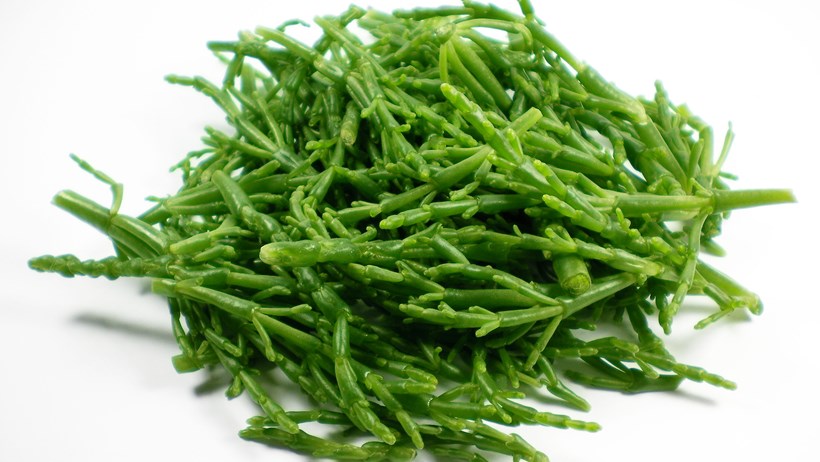