The reopening of Hypermart G7 Manado Town Square strengthened MPPA’s presence in eastern Indonesia, particularly in North Sulawesi. This store has a gross selling area of ± 8,500 m² and is equipped with various needs of modern households. On May 26, 2016, MPPA will also open Hypermart G7 and Boston outlet at Sun Plaza Medan. The reopening of Hypermart G7 Sun Plaza Medan are also strengthen MPPA position in western Indonesia, especially in North Sumatra with a gross selling area of ± 7,238 m².

In addition, MPPA Director of Public Relations and Communications, Danny Kojongian stated, “Today we are proud to see MPPA has strengthen its Hypermart position in two important cities in Indonesia. With the reopening of these two outlets, we believe it will provide a positive impact to each of the regional’s economy, as well as the best modern retail offering for the needs and lifestyle of modern consumers in Manado and Medan. ”

MPPA continues to receive both domestic and international acknowledgement with several awards such as: The Charter Award concerning the environmental standards from Ecolabel & Green Label Indonesia by the Ministry of Environment and Forestry of Republic of Indonesia, 2015 Indonesia WOW Brand by MarkPlus Inc, 2015 Top 50 Most Valuable Indonesian Brands by Millward Brown, 2015 Indonesia Best eMark Award by SWA & Telkom University, and 2015 Top 10 Retailers Certificate of Distinction by Retail Asia. 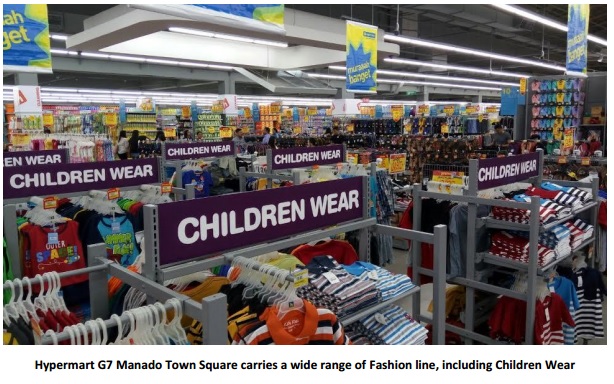