Beijing, China, 2016-Aug-01 — /EPR Retail News/ — On July 24, TAG Heuer announced a new partnership with the prestigious Manchester United football club. This follows partnerships with the EnglishPremier League at the end of April and the Spanish LaLiga in mid-July. The announcement was celebrated in Beijing at an event attended by United players. The new agreement is part of a global strategy to strengthen the Swiss watchmaker’s presence in the world of football. Jean-Claude Biver, CEO of TAG Heuer and President of the LVMH Watch Division, talks about a winning sponsorship strategy.

TAG Heuer has since 2014 signed a host of sponsorships with football, an area that might not seem to have much affinity with luxury timepieces? Why invest in football?

Jean-Claude Biver : Football is an extremely popular sport around the world. The World Cup has the biggest TV audience in the world, ahead of the Olympics. So this is a sport that has great impact for a brand. But it’s not only “popular” in terms of the number of followers, but also because of its broad reach. Men, women, the young, the not so young, students, entrepreneurs – football reaches everyone, without distinction. The world of luxury was thus already very much present, which explains our commitment in this sport. What’s more, through football we reach not only today’s customers, but also the customers of tomorrow by engaging with all the young people who follow the sport. Some of them might become Tag Heuer customers! And lastly, football lets us differentiate ourselves as a luxury brand. Unlike others, who sponsor golf, horseback riding or polo, we don’t have any competitors in this arena.

As the Official Timekeeper for an impressive number of prestigious national leagues, TAG Heuer recently announced the signature of a partnership with Manchester United. How do you choose your partnerships?

It’s important that we forge partnerships that create synergies and are visible through the initiatives we develop together. With Manchester United, for example, we’re able to reach a clientele in China and Asia. The club is a veritable institution in this part of the world and our partnership will help develop our brand in Asia, not only through TV and media visibility, but also thanks to joint events during the club’s Asia tour and all year.

Hublot has in the past decade become the leading luxury watchmaker to invest in football. Are there differences between the marketing strategies of Hublot and TAG Heuer in football?

Hublot was a pioneer by becoming the first luxury watchmaking house to invest in football. But it was evident that Hublot couldn’t cover all the possibilities offered by the sport. I was always careful to protect Hublot from competitors who wanted to invest in spaces that were still open in football, like federations, clubs, players or coaches. That led to the idea of occupying this space together, consistent with the positioning of the two houses. Hublot, a premium, selective brand, sponsors the most prestigious events, the World Cup, the UEFA Euro and the Champions League. TAG Heuer, which represents accessible luxury, focused on major national events – the English Premier League, the German Bundesliga, the Spanish LaLiga, the American MLS, as well as football in China, Japan and Australia. Together, our two houses cover all the different opportunities with a complementary fit, while at the same time protecting one another from competing watchmakers seeking to enter football sponsorship. 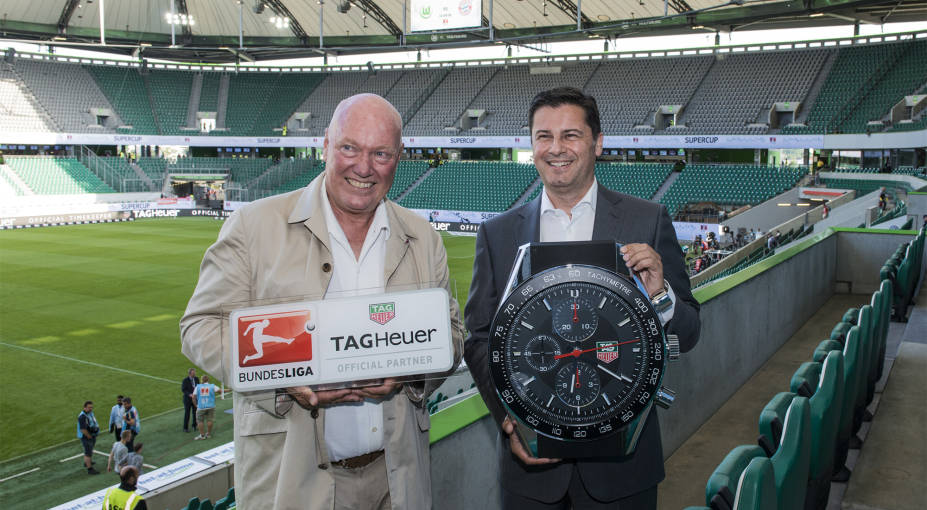