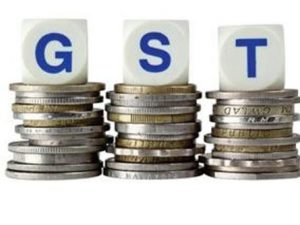 x (GST) has passed the last mile hurdle with country’s upper house of Parliament clearing the Bill on Wednesday, after much deliberations and amendments to appease the strong opposition. How does this tax reform going to benefit the retail sector which has been making a strident growth and become one of the fastest growing sectors? JusTransact.com asked a few industry veterans about the pros and cons of GST implementation. Excerpts…

Baskaramoorthy, VP Sales, Posiflex India: “End users might end up paying additional taxes if percentage of taxes under GST regime is increased from the current VAT level. However, it will help traders and manufacturers to leverage business across India with effective supply chain and distribution of products.  The biggest relief is that GST will do away with the current C-form and interstate forms which are presently collected at the end of each year.”

Bhaskar Venkatraman, Director, Millennium India, a veteran in Point of Sale technology in India: “GST in the present format is going to benefit the economy, businesses and consumers alike. As it is going to replace 17 indirect taxes, tax procedures will be more simple and transparent. Apart from pushing up tax revenues, the corruption at check posts and slow-movement of trucks will become the things of the past. Since calculation of tax is going to be uniform across all states, finance people will heave a sigh of relief as they no longer muddle with complex forms while dealing with inter-state goods movements.”

C Anton Jabadurai, Country Head, Bixolon India: “GST will facilitate the possibility of automation in tax calculation and goods processing, which will increase the requirement of POS hardware across India. Apart from smoothening the supply chain management, GST implementation will create a transparent tax regime across all states which will benefit both traders and end-customers. In the long run, the frequent price rise due to high transportation and warehousing cost will come down drastically.” 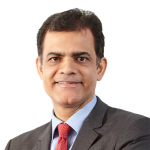 Anuj Puri – Chairman & Country Head, JLL India: “The Goods and Services Tax (GST) is the most essential taxation reform which is going to alter India’s economic prospects. Single taxation, covering all goods and services, is a welcome change. GST will eliminate cascading effect of taxes, and will boost tax collection while reducing overall taxation levels. However, post GST, the results will be evident only after two-three years from now.”

Slated to increase the country’s GDP by one point, the GST era, which is going to unfurl from April 2017, will surely be the new chapter in India’s tax history post Independence. How far it will benefit the country and common man, one has to wait and see.