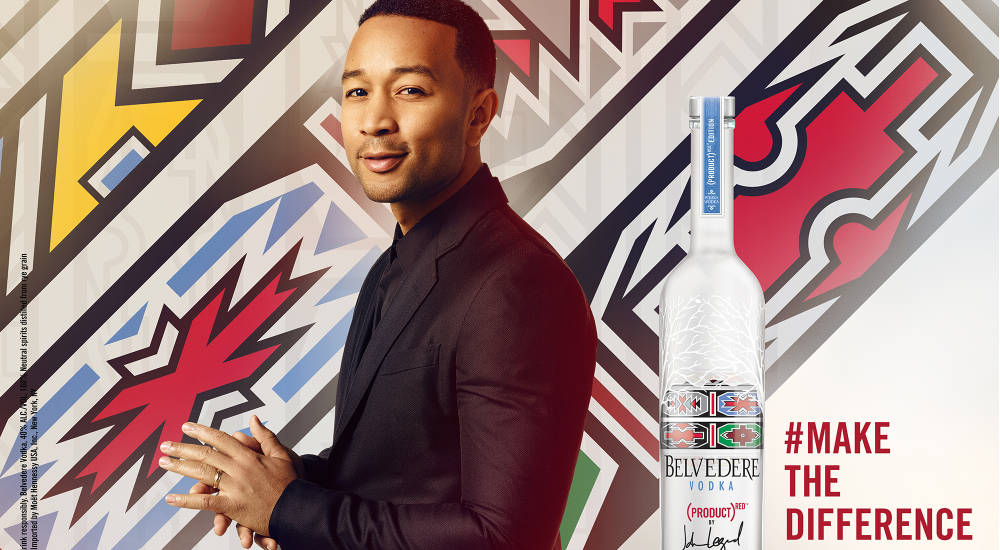 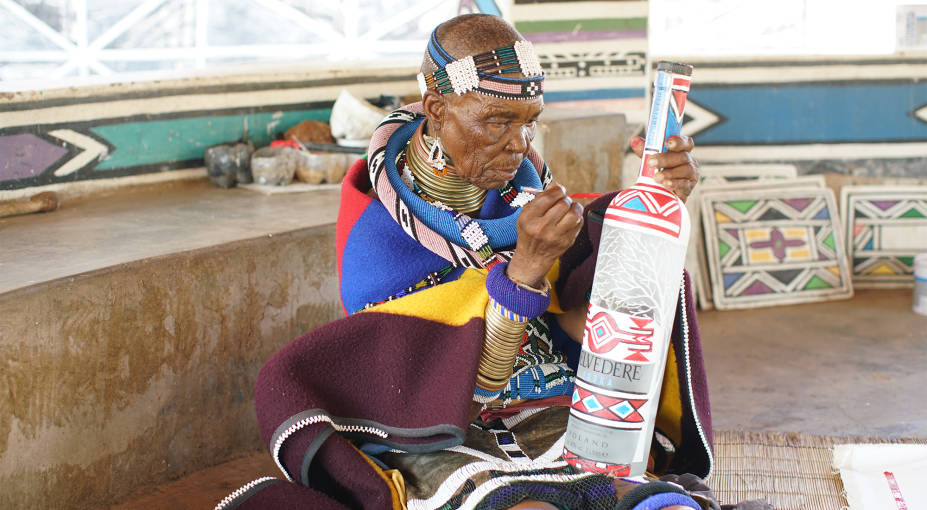 Paris, 2016-Sep-09 — /EPR Retail News/ — Belvedere Vodka has launched its new campaign in support of (RED), which the luxury vodka house has partnered for the past five years. Belvedere’s #MAKETHEDIFFERENCE campaign encourages people to join the fight against AIDS, raising funds through the sale of a (BELVEDERE)RED limited edition bottle designed in a collaboration with music star John Legend and South African artist Esther Mahlangu.

Belvedere continues its partnership for (RED), the organization founded in 2006 by Bono and Bobby Shriver to engage people in the fight against AIDS through collaborations with the world’s most iconic brands. Over the past five years Belvedere Vodka, a member of the LVMH Group, has raised enough funds to provide 30,000 HIV-positive women with access to treatment that stops the transmission of HIV to their babies.

For this new #MakeTheDifference campaign – anchored in the values of unity, security, support and change – Belvedere has teamed with two talented artists. Music star John Legend has brought his face and voice dedicating his new song “Love Me Now” to the campaign, while South African artist Esther Mahlangu has designed a vibrant artwork, featured on the (BELVEDERE)REDlimited edition bottle. “Belvedere is delighted to continue the (BELVEDERE)REDcampaign with the help of these passionate artists, who are as dedicated as we are to spreading awareness and being a part of the change to end the transmission of HIV from mother to child. Together, we can Make The Difference.” said Charles Gibb, President of Belvedere Vodka.

Filled with hope and an unstoppable spirit for change, the (BELVEDERE)REDbottle has been designed by Charles Gibb, who drew inspiration from the traditional painting style of her native Ndebele people.  Her powerful and colorful symbols are joined by the signature of campaign ambassador John Legend, who commented: “I was so excited when I saw Esther’s design for the bottle: I think it’s beautiful and it marries her esthetic with the esthetic of Belvedere, it connects it to the culture and to the people we’re trying to help.”

Belvedere proudly donates 50% of its profits from every bottle of (BELVEDERE)RED sold to the Global Fund to fight HIV/AIDS in Africa. The campaign will get maximum visibility in 35 countries, including strong digital activations, targeted efforts in on-premise establishments as well as retail stores.