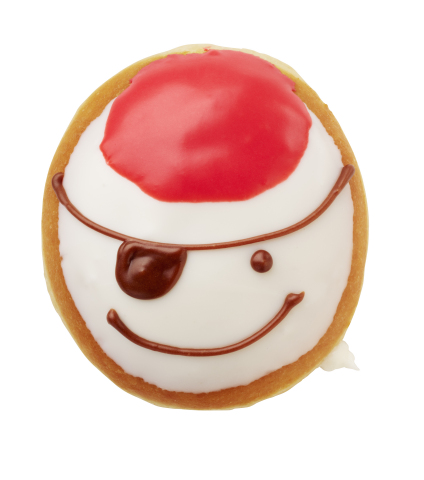 For the first time this year, guests can also use a custom Krispy Kreme Snapchat pirate filter to digitally ‘dress’ like a pirate. Any guest who shows his or her Snapchat image to a team member at a participating Krispy Kreme shop will qualify for a dozen Original Glazeddoughnuts.

“Talk Like a Pirate Day has become one of our guests favorite days of the year, and this year they will have the opportunity to take part in this day socially using our Snapchat filter,” said Jackie Woodward, Chief Marketing Officer of Krispy Kreme Doughnuts. “As this day is all about fun, we see it as a natural extension of our offers to get free Original Glazed doughnuts.”

Qualifying pirate costumes must include three pirate items, such as an eye patch or bandana. No purchase is necessary to take part in Talk Like a Pirate Day.

Be sure to show off your Talk Like a Pirate Day bounty by using #TalkLikeaPirateDay and #KrispyKreme across social media platforms.