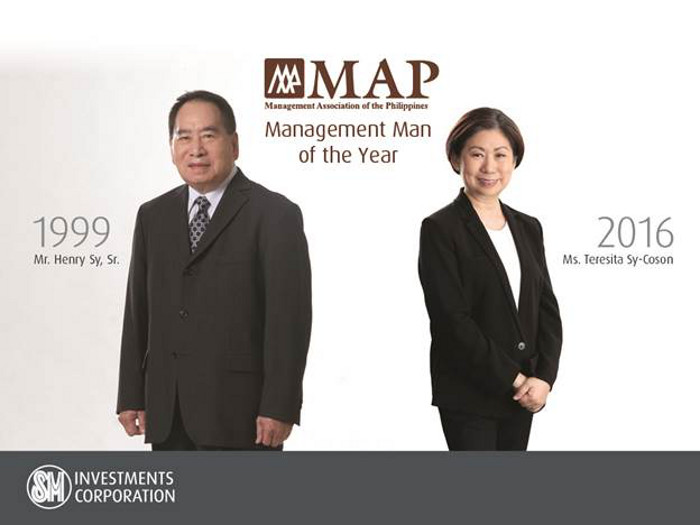 Mr. Sy, in his acceptance speech then said that the “day will come when I will look at this MAP award and remember the work it honors”.

Today, that day has come for his eldest child, Mrs. Coson who was cited by MAP for steering SM’s retail business to greater heights; for transforming SM’s property business into one of the largest integrated property developers in Southeast Asia; for her valuable contribution in sustaining BDO’s position as a leading bank; for her leadership in the substantial contributions of SM to national development, job creation and income generation; for strengthening the identity of companies under SM as socially responsible corporate citizens; and for her contribution to reshaping national values through her track record of integrity, professional competence and strong leadership.