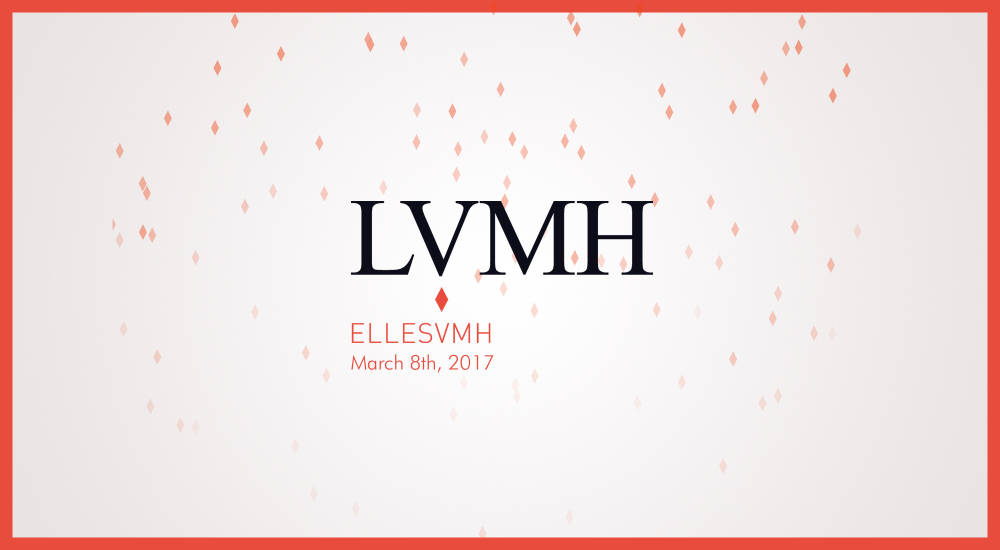 Paris, 2017-Mar-09 — /EPR Retail News/ — In conjunction with 2017 International Women’s Day, LVMH is organizing the first EllesVMH Award ceremony which recognizes the most innovative initiatives at LVMH Maisons to promote gender equality. An exhibition at LVMH headquarters will also present gender equality initiatives by 24 Group’s companies. Local events are being held around the world as well, all inspired by a powerful shared theme, “Inspire to Action”.

Ten years after the EllesVMH program was launched to promote women’s career at the organization’s highest positions, LVMH is hosting the first EllesVMH Award ceremony at its headquarters on March 8. This award recognizes internal initiatives that have done the most to promote gender equality. Ten LVMH Houses – Benefit Cosmetics, DFS, Guerlain, Hublot, Loro Piana, Louis Vuitton, Make up for Ever, MHCS, Sephora and LVMH Spain – have been selected as finalists from 40 candidate initiatives and will pitch their actions tomorrow to 250 members of LVMH, including members of the Executive Committee, Presidents of Houses, HR teams from the Group and its Houses, as well as participants in the EllesVMH Coaching program. One of the initiatives will be crowned with the 2017 EllesVMH Award, presented by Chantal Gaemperle, LVMH Group Executive Vice President, Human Resources and Synergies. A public choice Award will be presented by multi Olympic and World Championship fencing medalist Laura Flessel-Colovic.

Centered on the theme “Inspire to Action”, the EllesVMH Award ceremony will also feature talks by women whose achievements are as exceptional as they are inspiring. Sarah Ourahmoune, winner of the Olympic boxing silver medal  in Rio, will join Gimena Diaz, Executive Director for Strategy and Fundraising, UN Women France Committee, and Morin Oluwole, Luxury Vertical Lead at Facebook and Instagram, for a panel discussion moderated by Sian Westerman, Senior Advisor, Rothschild Group.

The atrium in LVMH headquarters will also mark the event with an exhibition by LVMH Maisons presenting concrete daily actions to promote women’s rights. They will have an opportunity to spotlight their initiatives in front of 700 employees registered for the exhibition, which covers a diverse range of subjects such as “Integrating work/life balance”, “Going beyond stereotypes” or “Supporting working mothers”.

In addition to the Paris event, numerous initiatives are being held around the world. Over 1,000 women will take part in events around the “Inspire to Action” theme in Cognac, New York, Shanghai, Hong Kong, London, Madrid and other cities. These celebrations can be followed on social networks with the hashtag #ellesVMH.