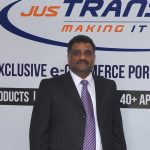 Chennai, India, 2017-Mar-22 — /EPR Retail News/ —  The Government’s ambition to make India a cashless economy was further vindicated by its recent Budget proposals for 2017-18 which have series of measures aiming at pushing cashless transactions even by small retailers across India.

The government has made its intention clear when it first introduced Aadhaar (smart) ID cards as mandatory document to open bank accounts, and later linked all existing account holders and LPG subsidy beneficiaries to prevent malpractices.

But there was still a lot of (unaccounted) cash on circulation and more than 90 per cent of transactions were happening through cash in India with corruption reining high at all levels. The demonetization of higher order currencies announced last November was the last nail in the coffin to rid wide-spread corruption, black money and fake currencies, the three major elements which were weakening the very basic pillars of our economy.

The demonetization has indeed created acute cash crunch forcing people to use plastic money and digital transactions. It was definitely a calculative move by the government to make cash scarce and restricting daily withdrawal limits in banks, so that it can effectively push cashless dealings by individuals and traders.

However, it is grossly inadequate to cater over one billion populace with a meager 1.5 million card swiping POS machines presently offered by banks to retailers.

The retail sector, which is experiencing fast-track growth offering over 10 per cent share to the country’s GDP, presently needs at least five million POS machines to meet the existing demand from retail traders. Looking at the future demand for such devices, we need to scale up this figure to 10 million by 2020.

Though banks were instructed to provide three million POS machines by March 2017, the difficulty to procure make-in-India Mobile POS machines has forced many to look for such devices from countries like China, Taiwan, Japan and European nations. Sensing the delay in getting machines in time, the government has recently relaxed the rules for BIS certification for imported POS machines, which will further reduce the cost and speed up the process of equipping traders with mobile POS devices to do cashless transactions.

The unprecedented demand for mobile POS machines in India has made several local businesses vying to consolidate their position by introducing alternate payment solutions such as mobile wallet or digital wallet using smart phones to Indian retailers. The demand for POS machines has also opened a plethora of opportunities for growth for companies manufacturing and marketing POS machines such as magnetic card readers, POS terminals to do retail billing and other allied devices such as receipt printers, barcode scanners, barcode printers, cash registers, etc.

Today we have a number of grocery retail stores coming up across the country which offer customers a unique shopping experience with modern POS machines and latest mobile technology, which also help automate their business for better performance and growth. POS has changed the way people shop for their daily needs compared to few years ago.

Retail businesses using mobile card payment option has indeed helped many augment their business. With government announcing a lot of sops for POS sector in its Budget for 2017-18 fiscal, the intention is clear to make the country a cashless economy treading through ‘Point of Sale’. The move will further trigger the already fast-paced retail sector to worth a whopping USD one trillion by 2020 from the present 600 million.

As majority of POS payment devices need to be imported (to meet the target of three million POS machines by March 2017), the government has eased the import norms to make it available freely in the Indian market. The Union budget has proposed tax exemptions in basic customs duty, special additional duty and excise duty for manufacturers of PoS card readers, fingerprint readers, mobile PoS (mPoS) and iris scanners.

The tax exemptions will encourage domestic manufacturers to produce card swipe machines and biometric devices in reduced cost which will strengthen better penetration for digital and Aadhaar-enabled payment systems. 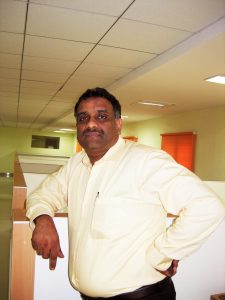 Bhaskar Venkatraman speaks on Union Budget for 2017-18 and its impact on Indian retail sector and POS technology products.

“Millennium India is looking at it as a great opportunity to reach out to millions of retailers with latest POS technology products which include mobile card swipe machines, mPOS devices, POS terminals and other allied devices which will help strengthen digital payment environment in the country. As demand is going to be unprecedented in the coming years, apart from managing through offline marketing, we are also pushing POS devices through our e-commerce arm justransact.com, an exclusive online marketplace for POS technology products,” says Bhaskar Venkatraman, CEO and Director of Millennium Soft-Tech (India) Pvt Ltd and JusTransact.com.

The budgetary proposal to impose banking cash transaction tax on withdrawals above Rs 50,000 will further push customers towards digital transactions. This, along with abolishing of merchant discount rates charges on usage of credit/debit card and giving 50 per cent subsidy on biometric devices will bring more small traders towards cashless transaction. This will also encourage them to use POS machines as they no longer lose revenue in each card transaction.

So, there will be huge demand for POS products in India in the coming years from retailers and POS sector is gearing up to meet the demand and become major stake holder for retail sector’s growth metrics.

After ‘digital India’ initiative, the government’s latest push to make the country a cashless economy  through demonetization and digital payments will create windfall for POS manufacturers and dealers in India as the demand for such devices are going to witness astronomical rise in the coming months.