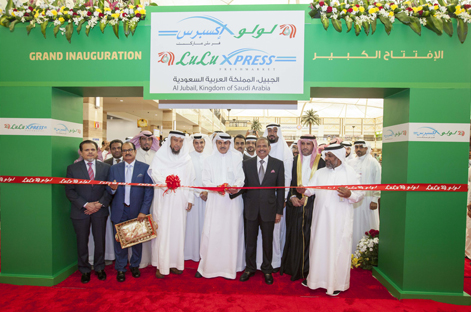 The new Lulu express is spread over an area of about 40,000 Sq. feet and will serve the residents of Fanateer District and its surrounding areas with easy access and ample parking.

The store offers an ultra-modern shopping ambience by integrating all conceivable needs like Grocery goods, fresh food, butchery, fish as well as Department store sections such as footwear, Sportswear, Home appliances, IT products and Mobiles.