World Cup winner Jack Charlton OBE – a friend of the Logan family and honorary ambassador for Northumberland Tea – brewed-up further interest by popping to his nearby Co-op in Ponteland this week to showcase the tea which bears his image and states that it’s “the best cup since 1966.”

The Corbridge-based business was set up four years ago by Helen and Bill Logan. A donation from every pack sold goes to the Sir Bobby Robson Foundation, a charity which supported Helen’s father.

Helen Logan, said: “We’re delighted that we have agreed a deal with the Co-op that will see Northumberland tea in stores ranging from Teesside to Berwick, which will extend the tea’s reach to many new areas and tea lovers across the north.’’

“The Co-op is at the heart of community life and this development raises awareness of our brand and reaches new markets. “We sold our small café business to look after my father, who lost his battle with cancer in 2012 and then decided to set up Northumberland Tea. We drank so many cuppas during my father’s illness that we felt well qualified! “This contract is another huge milestone for us, and will help us to raise further funds to support the wonderful work that is carried out by the Sir Bobby Robson Foundation finding better ways to detect and treat cancer.”

The move comes as the Co-op expands its local sourcing programme into approaching 60 of its food stores across the North East.

Charlotte Bleasdale, Ranging Manager for the Co-op in the North East, said: “We are thrilled to sell locally loved products such as Northumberland Tea – food provenance and trust is important to our customers. “It is the passion, quality and innovation involved in developing these products which makes them stand out, they are part of the fabric of local community life and we are proud to give them pride of place at the Co-op.”

Sir Bobby Robson launched his Foundation in 2008 and it has gone on to raise over £11 million to find more effective ways to detect and treat cancer.

The work funded directly benefits cancer patients in the North East and Cumbria and plays a significant role in the international fight against the disease.

Working within the NHS, the Sir Bobby Robson Foundation does not employ professional fundraisers to proactively raise money and relies completely on third party, volunteer fundraisers and the incredible generosity of the general public.

Pauline Buglass, from the Sir Bobby Robson Foundation said:“We’re so pleased that Northumberland Tea is now going to be available to Co-op customers all across the North East. “With every purchase, tea-lovers will not only be getting a great cuppa, they’ll be helping us continue the work Sir Bobby began when he launched his charity. We’re grateful for the support we receive from Northumberland Tea.”

Based in Alexandria, the brewery founded by Fiona and Euan MacEachern marks its sixth anniversary this month after they turned their hobby for home brewing into an award winning business, and they celebrate by raising a glass to securing a deal to supply 90 of the community retailer’s stores.

Fiona MacEachern co-founder and Managing Director of the brewery, said:

“We are delighted. Working with the Co-op will increase the availability, awareness and accessibility of our beers – opening up new markets and making our beers available in communities across Scotland.”

The Co-op is committed to championing local suppliers and, Charlotte Bleasdale, Ranging Manager for the Co-op in Scotland, explained:

“The combination of innovation, tradition, quality and passion make these ales prized and much sought after locally. We know that food provenance really matters to our customers. Quality and trust are key for consumers and the Co-op is committed to investing in its local communities, providing opportunities to showcase, support and celebrate great food and drink.”

“Locally produced ale is an exciting category – we see significant potential for sustainable growth, and we are delighted to champion local beers which use great local ingredients, draw their inspiration from their environment, and are brewed with pride and passion to deliver consistently great quality and taste.”

Franks Ice Cream will supply around 120 Co-op food stores in communities across Wales in a year that sees the award winning ice cream maker mark the centenary of its founder, Francesco Dallavalle, arriving in Wales from Parma, northern Italy.

The move forms part of the Co-op’s commitment to backing local Welsh suppliers and will support Frank’s plans to create a further four permanent positions at its purpose-built manufacturing facility this year.

“We are very excited, it is fantastic news. This will enable our ice cream to reach new and important markets in communities across Wales. It is our largest contract with a community retailer. The Co-op will initially stock our award winning clotted cream vanilla ice cream which we are very proud of, and I am confident it will be a big success with the Co-op’s customers.

“With sales to retailers less seasonal – as ice cream is popular as a dessert all year round – the contract win and volume uplift also comes at the perfect time to support our plans for growth and expansion. We both share a passion and pride in great produce and so we are delighted to be working closely with the Co-op.”

“Frank’s Ice Cream is a great story of endeavour, with the legacy and traditions of Francesco Dallavalle going from strength-to-strength almost 100 years after he first started selling his ice cream in South Wales. Our convenience stores are located in the heart of Welsh communities and this is a further step in the Co-op’s commitment to offering more locally sourced produce conveniently.” 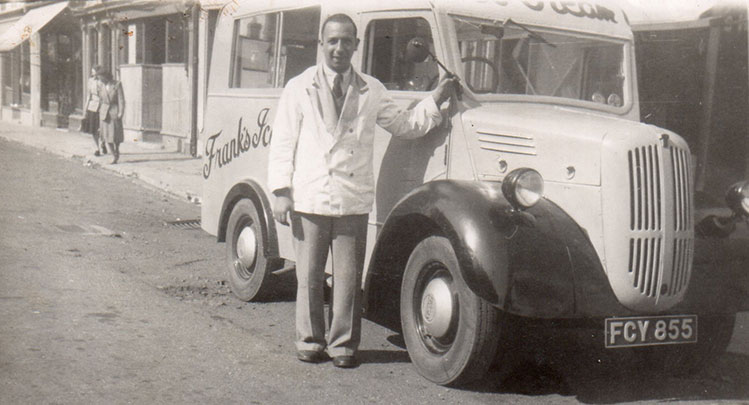 In a bid to deliver a festive smile to disadvantaged children and those with incurable or life-limiting illnesses, the community group – which is supported by The Co-op, Wrights Pies and, Staffordshire Moorlands District Council (SMDC) – is appealing for the community to drop off a gift of a toy or money at one of more than 20 participating Co-op food stores in Stoke on Trent and the Staffordshire Moorlands up until Sunday, 13 December.

“We never thought that our efforts would have achieved so much and we have to thank the community, our sponsors – The Co-op, Wrights Pies and SMDC – for their support and, our wonderful band of helpers who tirelessly bring the whole thing together.

“The generosity and kindness our community never ceases to amaze me and, by donating a toy or money – no matter how big or small – people really are helping to ensure that children and young people from local families in difficulty get to share something that most people take for granted at Christmas.”

“It is heart-warming that so many people remember to think of others at this time of year. The Co-op is a community retailer and is pleased to once again team up with the Werrington Young Persons Support Group and its Kidz2Kidz Fund which appeals for members of the community to pop along to their local Co-op to drop off a gift which will make a real difference to a local child’s Christmas.”

For more information or to support the appeal, contact David Shaw by emailing david@dsaimaging.co.uk
FURTHER INFORMATION

From October 9-15, more than 150 Co-op Food Stores across Saskatchewan will distribute the Real Dirt on Farming publication in grocery bags. The initiative is sponsored by Federated Co-operatives Limited on behalf of the Co-operative Retailing System and is part of a larger awareness campaign FFC SK is launching in October to mark Agriculture Month in Saskatchewan.

“Today, only two percent of Canadians have a direct link to the farm, so it’s important that we help connect consumers to their food and how it is produced,” said Adele Buettner, CEO of FFC SK. “With its longstanding presence in and commitment to Saskatchewan communities, Co-op is a natural partner for us.”

The FFC SK publication shares the stories of Saskatchewan producers and shows readers how today’s farmers grow crops and raise animals. It’s one of several initiatives FFC SK is working on to let industry and consumers know more about modern farm practices.

“This partnership with Farm and Food Care Saskatchewan is a logical extension of the work we do at Agro Centres and Food Stores across the Prairies,” said Ron Welke, Associate Vice-President, Food, at FCL. “Agriculture remains a vital part of the communities we call home and we are proud to help farmers meet their business and agronomic needs. These producers, in turn, produce safe and fresh products that help feed families across Western Canada and the world.”

Co-op Food Stores regularly offer between 300 and 500 products produced by local ranchers, farmers and food manufacturers. These products can be identified by Grown at Home, Raised at Home and Produced at Home labels on display in stores.

More details on this and other Agriculture Month activities are available on farmfoodcaresk.org. 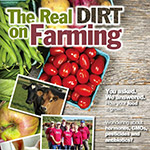