West Coast grocer continues tradition of giving back with expansion

Bellingham, Wash., 2015-5-1 — /EPR Retail News/ — To show its love for the precious lakes, rivers, beaches and mountains of the Pacific Northwest, West Coast regional grocer Haggen is donating more than $40,000 to support the four national parks located in Washington and Oregon. The dollar amount represents 2% of sales on Earth Day from the company’s Washington and Oregon stores.

Haggen’s Facebook followers were invited to vote for their favorite national park between Earth Day on April 22 and April 28. The 1,192 votes determined what percentage of the funds would be donated to each park. The votes have been tallied:

Haggen will donate $6,417 to the Friends of Crater Lake National Park and $33,690 to Washington’s National Park Fund which will divide up the funds between the three parks as decided on by the votes.

“This support from Haggen is remarkable! The votes from Haggen fans clearly demonstrate how beloved Olympic, Mount Rainier, North Cascades National Parks are. Both Haggen and Pacific Northwest residents understand the needs the parks have today and they want to give back,” said Laurie Ward, Executive Director of Washington’s National Park Fund. “100% of the funds donated to Washington’s National Park Fund stay right in Washington for the benefit of Mount Rainier, North Cascades and Olympic National Parks.  Thanks to all who voted and especially to Haggen for the generous donation!”

Haggen’s support of the community has been extensive this spring, and has put the company on track for a record-breaking year of giving. The company is in the midst ofconverting 146 Albertsons and Safeway stores into Haggen stores. With each store conversion, Haggen is donating $1,000 to a single organization on the first day each store opens. With 30 of the 46 stores in Washington and Oregon converted to date, the company has donated to the following Northwest organizations:

In the months following the conversions, Haggen will partner with four local non-profits and donate 2% of sales to four additional organizations on four consecutive Saturdays at each of the converted stores. Haggen CEO of the Pacific Northwest John Clougher said, “We have a long history of giving back to the communities we serve. We want to demonstrate that commitment both in our new stores as well as our existing stores.”

Non-profits interested in learning more about Haggen’s community giving should visit haggen.com/grow-community/our-local-community and submit information about their organization.

About Haggen
Founded in 1933 in Bellingham, Washington, Haggen has built its business on providing guests the freshest and most local products with genuine service, while supporting the communities it serves. The company currently operates stores in Washington, Oregon and California, and is in the process of acquiring 146 stores and establishing a second headquarters in Irvine, California. With this acquisition, Haggen will expand from 18 stores with 16 pharmacies to 164 stores with 106 pharmacies; from 2,000 employees to more than 10,000 employees; and from a Pacific Northwest company with locations in Oregon and Washington to a major regional grocery chain with locations in Washington, Oregon, California, Nevada and Arizona. Throughout its eight decades in business, the company has supported regional farms, ranches, fisheries and other businesses, creating a lasting and sustainable local food economy. The company remains focused on building local, sustainable food economies as it expands. For more information about what’s happening at Haggen, visit haggen.com, and get social with Haggen on Facebook, Twitter and Instagram. 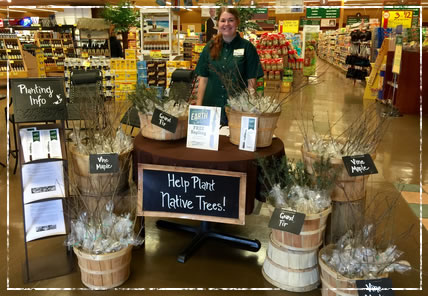 Haggen donates more than $40,000 to support the four national parks located in Washington and Oregon