John Mullins, General Manager Supply Chain, Foodstuffs South Island Ltd says, “We’re honoured to be recognised by the industry for being leaders in both innovation and sustained excellence.

“Opening the Hornby Ambient Distribution Centre in October 2014 was a significant milestone. Our new high performance and throughput centre is the result of several years of sustained effort and planning from our team.

“The initial project had many facets that had to come together – it involved changes to our internal systems and how we work with suppliers, as well as constructing a state-of-the-art building based on best practice from overseas.”

Mullins confirms that Hornby is the largest food distribution centre in New Zealand, it has 400 staff, distributing half a million cartons of products per week.

The distribution centre has integrated seismic –resistant order fulfilment systems, a range of sustainability features and has improved product speed to market. This means when one of the Foodstuffs network of stores places an order, it’s delivered within one day, and often delivery is the same day of order.

Between the distribution centres of Hornby and Dunedin, the Foodstuffs South Island supply chain is servicing around 2,000 customers. Previously this involved entirely manual operations, but with the new distribution centre at Hornby automation was introduced for the split case and small bulk items– around 15% of the business’ total order volume.

“The centre benefits our suppliers, retailers and consumers. Our ultimate objective is to increase productivity, improve accuracy and raise service levels to do the very best job we can for our customers,” says Mullins.

“We’re extremely lucky to have Simon in our business. He has been a pivotal member of the team involved in transforming the wholesale operations distribution and enabling a seamless transition of suppliers and members into the new Distribution Centre.”

“Under his leadership, the inventory team have increased productivity, reduced warehouse damages and improved inventory verification resulting in greater order accuracy to our retail members. Simon leads by example – he doesn’t shy away from rolling his sleeves up and getting involved,” says Scott.
John Mullins emphasises that the CILT awards recognise the hard work of all the Foodstuffs staff involved in the distribution centre operations, but particularly those involved in the project management, transition from the older Papanui distribution centre, and the operations of the new Hornby Centre. 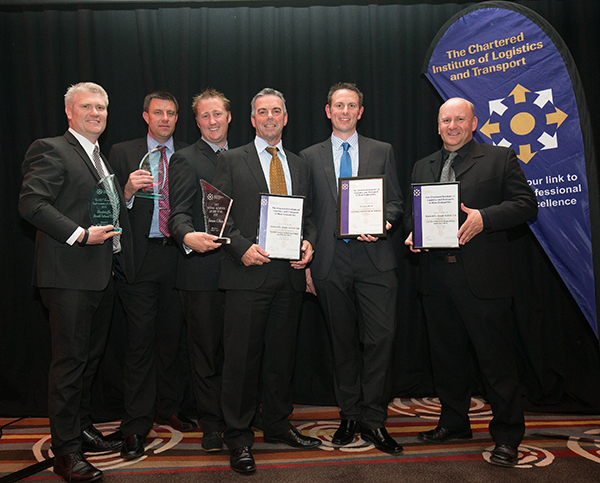