“In her 15 years at Wakefern, Lorelei has been a leading advocate for independent grocers,” said Peter J. Larkin, president and CEO of NGA. “She is a fierce protector of Wakefern and its members and a stalwart advocate for the supermarket industry.”

“Lorelei understands the complex regulatory environment and makes sure that our company never has a blind spot,” said Joe Sheridan, Wakefern president and COO. “Her background in public service and knowledge of government have made her a great advocate for Wakefern and the stores that operate under our retail banners, ShopRite, Price Rite and The Fresh Grocer. She is passionate about protecting our members and our industry.”
Mottese is the Director of Government Relations for Wakefern Food Corp. She joined the Wakefern Food Corp. in March of 2000 after an extensive career in the public sector. Mottese has led major legislative campaigns on the federal and state levels of government. Mottese has served as a councilwoman and mayor in her native Lincoln Park, NJ, and as an Economic Development Director for an Urban Enterprise Zone. In addition to her role at Wakefern Food Corp., Mottese serves as Chairwoman of NGA’s Government Relations Committee and is a member of the Women Grocers of America (WGA) Board of Directors.

Initiated in 1982, the Clarence G. Adamy Great American Award is NGA’s most distinguished government relations award that is presented to an individual or company whose leadership in the food industry best exemplifies active and effective participation in government relations as a citizen and industry representative. The award’s namesake, Clarence Adamy, was a past president of the National Association of Food Chains and was very active in public and government affairs, having served as Patronage Chief and Personnel Director of the Republican National Committee during the Eisenhower Years. 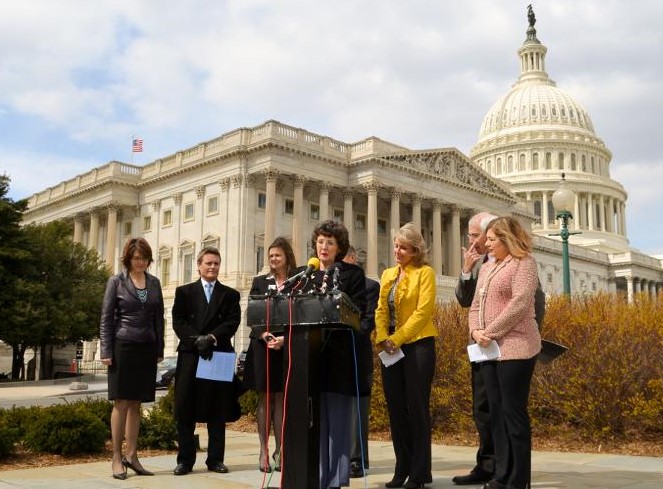