The Co-op is investing to transform and grow its convenience business and opened its first new store of the year with a £650,000 development in Huntington, creating more than 20 new retail roles.

Among the guests of honour marking the launch of the new store were rising girl band, CherryBomb. The singers – who are inspired by acts such as Atomic Kitten and Ed Sheeran – have supported artists including Rough Copy and Gareth Gates and include the 21 year-old daughter of the Co-op’s store manager, Carol Battersby, in its line-up.

The store also launches a Community Pioneer role where a member of the food store team, Ash Roberts, will also work to foster involvement in community activities, from local fundraising initiatives to helping to understand and develop solutions to meet community needs. Including support for the British Red Cross, The Co-op’s new charity partnership which will help to tackle social isolation and loneliness in local communities.

“We are delighted to have had the opportunity to make such a significant investment in Huntington, the Co-op is investing to transform and grow its convenience business and to launch its first new store of the year is extra special.

“We are thrilled that the Fire Service, the local school, Councillors and, my daughter’s band could join us to share in our special day. We are confident that the new store will be a real asset to the community, enabling shoppers to pick up delicious food conveniently and, as a community retailer and a co-operative, it will play its part in local life too.”

There are offers and promotions in and around the store to mark its launch. Students – who hold a NUS extra card – receive a 10% discount off their groceries in store. And, The Co-op has also announced a £125M investment in lowering the price of everyday essentials – a move which has seen it prune the price of over 100 lines of fresh fruit and vegetables including revolving offers on popular fresh produce, called “fresh three”. 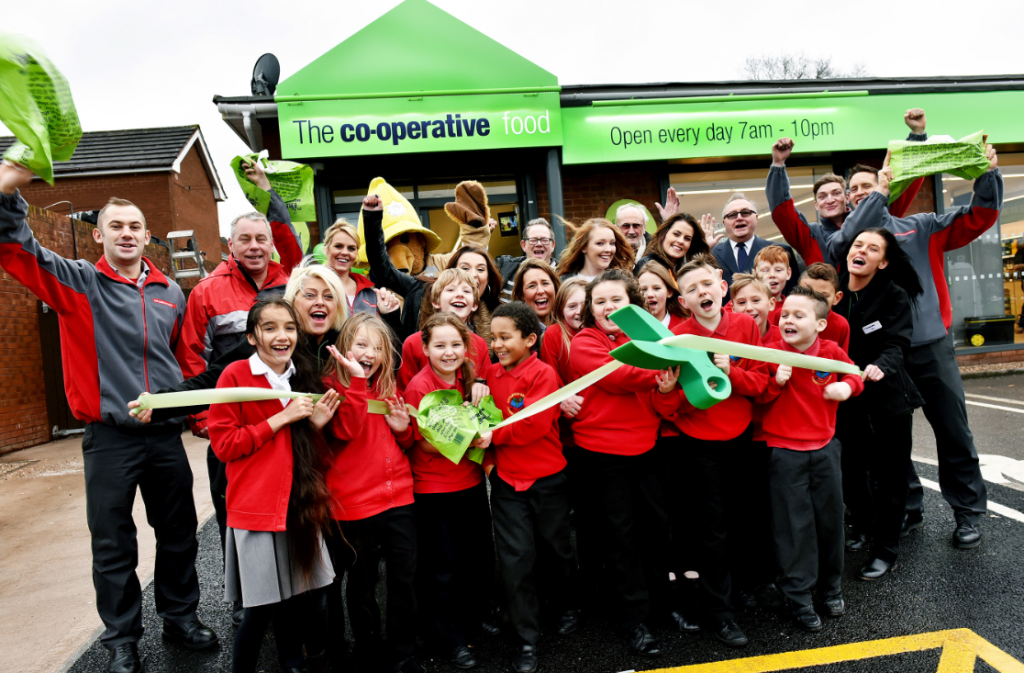