Barcelona, Spain, 2016-Feb-05 — /EPR Retail News/ — Last night (28 January 2016), MANGO held the launch of its Tribal Spirit collection with the American model Kendall Jenner, who declared: “I am very excited to attend the official launch of the collection. This is the first time I have travelled to Spain and collaboration with MANGO, and the party, was the perfect end to my visit”. The top model is the star of the February campaign, which will be unveiled on 1 February.

The event brought together international influencers such as Caroline de Maigret, Patricia Manfield and Candela Novembre, among others. On the party and the MANGO collection, the latter commented: “The organisation of the event was fantastic and it was great fun, true to MANGO style! I have been a fan of MANGO since I discovered the brand 12 years ago. I still have some garments I bought a decade ago. From what I have seen, I think the collection is really sexy”. The French It girl Caroline De Maigret said: “The #TribalSpirit launch party was really exciting. I love partying in Spain, people are so fun and laid back! Mango is cool and trendy, I love the way they bring fashion to everyone. It’s a collection of timeless classics mixed with an edge of glamour and sexiness”.

Other social network celebrities and collaborators with the brand, such as Andy Torres, Miguel Carrizo and Carolina Engman were also in attendance.

The DJ The Magician added rhythm to a party with guests from the fashion world that included Laura Ponte, Andrés Velencoso, Rocío Crusset, Verónica Blume, Oriol Elcacho and Davinia Peligrí. Actors such as Marc Clotet, Alba Ribas and Alex Maruny were among the 500 plus guests at a party whose theme was the trend the firm is promoting in February. Bloggers, VIPs and faces from the music and social scene enjoyed a night of live music.

Tribal Spirit is the ethnic-inspired trend for February. The combination of prints on fabrics such as suede enlivens the natural character of a trend associated with the spring. An explosion of earth tones, with colours such as mustard, browns, camel and sand are combined with an abundance of accessories to produce outfits of a tribal and free-spirited influence. 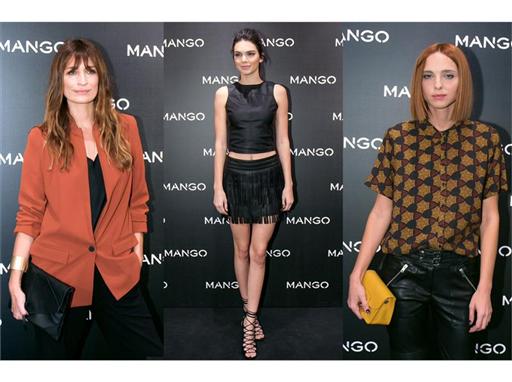