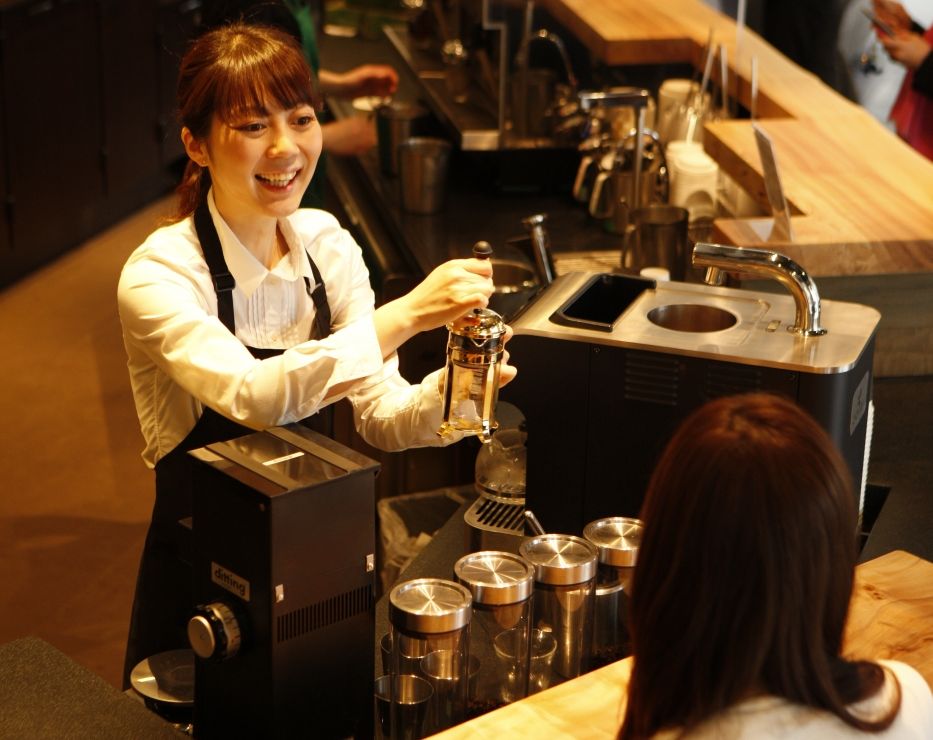 TOKYO, 2016-Sep-08 — /EPR Retail News/ — Celebrating 20 years of sourcing, roasting and serving high-quality coffee in Japan, Starbucks (NASDAQ:SBUX) today announced a new limited-time coffee and an ongoing commitment to Michinoku Future Fund as part of the company’s mission to inspire and nurture the human spirit – one person, one cup and one neighborhood at a time.

Starbucks first international market outside of North America began in the Ginza district in a two-story retail space in 1996. Today, the company has grown to more than 1,100 stores across all 47 prefectures in Japan.

“The opening of our first store in Japan 20 years ago shaped the foundation of Starbucks international growth and today we are humbled by how customers in Japan have embraced the Starbucks Experience and have made us a part of their daily lives,” said John Culver, group president, Starbucks Global Retail. “As we continue to expand our presence in Japan, we remain firmly committed to investing in our people, transforming the customer experience with coffee at the core, and making a positive difference in the communities we serve each day.”

Starbucks 1996 Blend
To celebrate the anniversary, Starbucks® 1996 Blend™ whole bean packaged coffee is available exclusively in all Starbucks stores in Japan now through 30 September. Offered for the first time, Starbucks® 1996 Blend™ is specially blended by the expert coffee team at Starbucks Support Center (headquarters) in Seattle as a token of the company’s deep appreciation to the people of Japan. The limited-time coffee is a blend of beans from Latin America and Indonesia, which offers a sweet, rich and complex taste that customers will instantly recognize as Starbucks signature bold flavor.

Starbucks Hacienda Alsacia
As a testament to the company’s passionate commitment to playing a leading role in ensuring a sustainable future for coffee and coffee farmer livelihood, Starbucks Japan is bringing back Hacienda Alsacia whole bean packaged coffee on 14 September across all Starbucks Japan stores. Purchased in 2013, Hacienda Alsacia is a Starbucks working coffee farm in Costa Rica that also acts as a Global Agronomy Research Center helping to ensure the long-term supply of arabica coffee for the industry.

The launch of Starbucks Hacienda Alsacia coincides with Ethical Sourcing Day on 9/9, a time when Starbucks highlights its pride in sourcing 99 percent of its coffees ethically, making the company the largest coffee retailer to achieve this milestone. Across the country, the number 99 will be prominently featured in stores and handwritten on cups to create conversations between partners and customers. As a tribute to customers, on 9 September customers can enjoy a complimentary Starbucks Hacienda Alsacia coffee tasting at participating stores across the country.

Longstanding Commitment to the Community
Building on 20 years of projects to strengthen Japanese communities, and in a response to the devastating earthquake and tsunami that struck Japan five years ago, Starbucks introduced the limited-edition Hummingbird card in 2012 and donated proceeds to the Michinoku Future Fund to provide. The fund provides full academic college tuition assistance to the 1,800 children who lost their parents due to the natural disaster (several are pictured above). The youngest child impacted by the devastation is expected to graduate from college in 2036.

“The loss I experienced that day is indescribable and I am thankful to the Michinoku Future Fund and the people of Japan who have provided me with the care and support to overcome the challenges I faced,” said Yuka, age 22.  “Today, I am very optimistic about the future.”

Starbucks recently introduced the 2016 Starbucks Hummingbird card across all its stores in Japan, an initiative expected to raise a total of 100 million yen ($1 million USD) since the program began. The same Starbucks Japan partner has designed the card for the past five years. This year’s Hummingbird card depicts the bird among vibrant, blossoming flowers, symbolic of the optimistic spirit rooted in the Japanese culture.

“The Starbucks Hummingbird card is a meaningful way that Starbucks partners and customers join together and positively impact thousands of young people across the country, said Takafumi Minaguchi, ceo, Starbucks Coffee Japan. “Since 1996, we’ve been deeply-rooted in the communities we serve and will continue to use our scale to be a catalyst for positive change in Japan into the future.”

This unique card is one way Starbucks and partners have made an impact in their communities. Last year alone in Japan, partners participated in 7,000 local events and projects to further strengthen their neighborhoods.