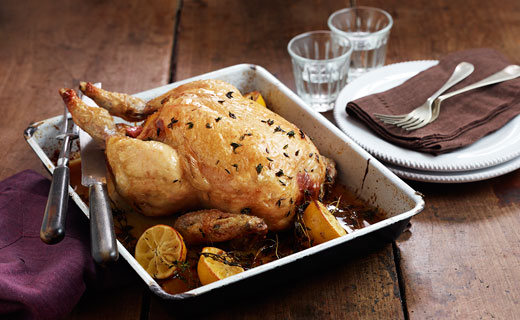 London, 2016-Nov-02 — /EPR Retail News/ — Britons prepare 108 million on average every month, eat one per week, and half of people rank it as their favourite autumn meal. But despite our love affair with the roast dinner, we waste a fifth (17%) of every one we make.

As the nation adjusts to the changing season, Sainsbury’s has already seen demand for roast ingredients rocket with potatoes perfect for roasties up 21 percent, beef joints up 12 percent, Horseradish sauce up 37 percent and Yorkshire puds have rocketed by 38 percent over the last four weeks.

However, despite our fondness for them, almost a fifth of every roast ends up in the bin, equating to 1.8 million full roast dinners every month in the UK, according to new research from the Sainsbury’s Waste less, Save more campaign.

What’s more, a closer look reveals that it really is a case of ‘meat and two veg’ as we throw out double the amount vegetables (27%) compared to meat (13%).

“Rediscovering the roast dinner is one of the joys of autumn, especially since 43% of people say it’s the meal they’re most likely to eat with their families”, commented Paul Crewe, Head of Sustainability Energy, Engineering & Environment at Sainsbury’s.  “But we need to be careful that our enthusiasm for the British dish doesn’t leave us with more than we can eat –  becoming a nation of ‘Roast-Binners.’

“And it’s not just food we could save –  the average roast dinner for a family of four costs around £14**, meaning we’re throwing away £2.80 in leftovers. That’s £145.60 a year that families could pocket”

As part of its ‘Waste less, Save more’ campaign to reduce the 4.2 million tonnes of unnecessary food waste in the UK, Sainsbury’s found that 39% of people leave leftover food every time they eat with a quarter (24%) saying they are unsure of how to reuse or store leftovers, and half (50%) don’t have the right equipment in their kitchens to do so.

Paul Crewe at Sainsbury’s continues, “Respondents told us they wished they knew more about managing and cooking food at home, and we’re dedicated to helping them do so, which is why we recently launched our first nationwide advertising campaign to help shoppers waste less food and save more money.”

In the town of Swadlincote, where Sainsbury’s has invested £1 million to test new innovations in food reduction techniques, residents are taking part in the supermarket’s latest initiative, the ‘Zero Waste Kitchen Challenge’.

During the three-month trial, 50 households will receive £100 in vouchers, which can be spent on products that will help them cut down on food waste. Everything from smoothie-makers to portion baskets for pasta are on offer.

Continuing, Paul Crewe commented, “We hope the trial will tell us which items, advice or events people find most useful in helping reduce the amount of food they throw away. They’ll be give regular updates, participate in an online group and complete food waste diaries so we can collect a rich set of insights.”

ELEMENTS MOST LIKELY TO BE ROAST-BINNED:

To find out more tips and tricks to reduce your food waste, and more about Sainsbury’s mission to help the nation Waste less, Save more visit: https://wastelesssavemore.sainsburys.co.uk/

SAINSBURY’S TOP TIPS TO AVOID BEING A ‘ROAST BINNER’ THIS AUTUMN:

Lamb is an especially flexible meat, and if planned properly can be cooked once and used for different style meals throughout the week

Roast potato tikka masala is an easy way to use any leftover roasties. Drizzle tikka sauce over potatoes and fry until warm. Add as part of your normal curry recipe. Speed the process up and reheat your leftovers adding a jarred curry sauce as you go.

Rice bowls, salad, pizza, and soup all lend themselves to catch all the small portions from the week.

Roast dinners have a variety of ingredients, so don’t let them go to waste if they don’t get used in that serving. Most food can be frozen (unless it’s been frozen before) and used another time!

Roast Dinners are good, but imagine a roast dinner cake! There have been increasingly more recipes for this type of cake, but this is our favourite! ROAST DINNER WASTE CAKE.