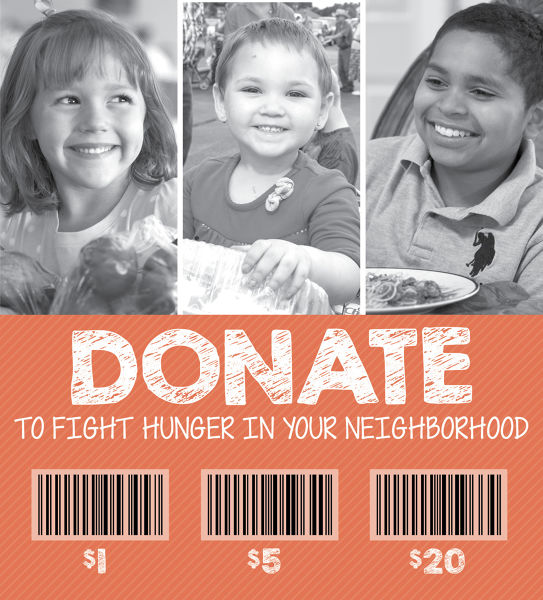 In November 2015, the Harvest Feast campaign collected $481,000, producing more than 10.5 million* meals for those facing hunger. The Company hopes to raise even more money during this year’s campaign as, according to Feeding America, one in every eight Americans struggle with hunger. Since 2005, this campaign has raised more than $3.9 million.

“We are continuously overwhelmed by the generosity of our valued associates and shoppers who help us provide millions of meals to our community members-in-need each year,” said Danna Robinson, communication manager for Harris Teeter. “Fighting hunger is Harris Teeter’s number one giving priority, so we are proud to offer our associates and shoppers an easy way to fight local hunger by purchasing a donation card at our registers or taking advantage of our everyday low prices to purchase food for donation.”

This year, Harris Teeter is partnering with 19 agencies throughout its marketing areas. These agencies work year-round to fight hunger.  Both Harris Teeter’s food bank and food pantry partners are assigned stores within their service areas.

“It is important to remind our shoppers that every dollar or food item they donate at their Harris Teeter will go directly to serving hungry families within their community,” said Robinson.

The success of Harris Teeter’s Harvest Feast campaign hinges on the generosity of its loyal shoppers and valued associates. No donation is too big or small, and Harris Teeter hopes for continued participation again in 2015.

To learn more about the partners involved in Harvest Feast, please click here.

The company would also like to thank its media partners Comcast, Cox Cable, Time Warner Cable and WBTV for assisting with promotion of the food drive and donation card campaign.