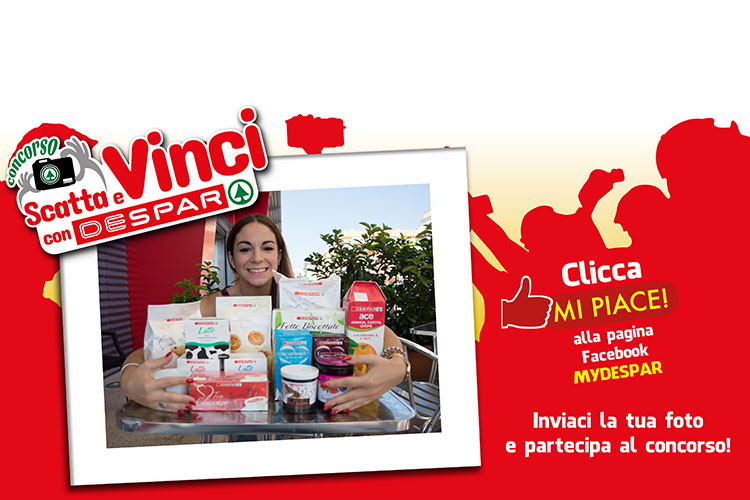 Amsterdam, The Netherlands, 2017-Mar-15 — /EPR Retail News/ — SPAR Italy Partner, DESPAR Maiora, has revealed the winners of its three-month-long online competition, Click and Win. The fun and innovative campaign was run by SPAR in Southern and Central Italy.

The competition was hosted on DESPAR Maiora’s Facebook page and customers could play once a day to stand the chance of winning. 25,000 prizes and 100 shopping vouchers were available to win, including a grand prize valued at €3,000.

The game was simple and the chances of winning were high, making the Click and Win competition extremely popular with thousands of people participating. Upon liking Maiora’s MyDESPAR competition page on Facebook, users could view posts with instructions on how to play.

The competition had various objectives, as President and Managing Director of DESPAR Maiora, Pippo Cannillo, explained: “At DESPAR we really want to lead  –  not only with our supermarkets, which are developed in a way that is respectful of the environment – but also through innovative marketing initiatives. We are investing in social media in order to deepen our relationship with customers. We want to draw them in by making shopping with us fun.”

The competition consisted of two types of games: An Instant Win game and a photo competition.

Instant Win competition: Users reached a special landing page via a dedicated link. After clicking on the “participate now” button, a registration page to the competition launched. By selecting images showing different SPAR Brands, users could immediately see if they had won something. Among the 25,000 different prizes up for grabs, there were four televisions, 10 tablets and 30 coffee machines.

Photography competition: This game was also very easy and intuitive but the prizes were much higher in value. Participants received a single instruction: to take a photograph (including selfies) with a SPAR-branded item and upload it to social media. Once the photo was approved by DESPAR, users could invite their friends to vote for their photo.

Each registered user could vote only once. The two participants to receive the most votes won the top prize of either a holiday voucher worth €1,500 or shopping vouchers of the same value, redeemable at one of Maiora’s EUROSPAR Supermarkets. Both winners opted to receive a SPAR shopping voucher.