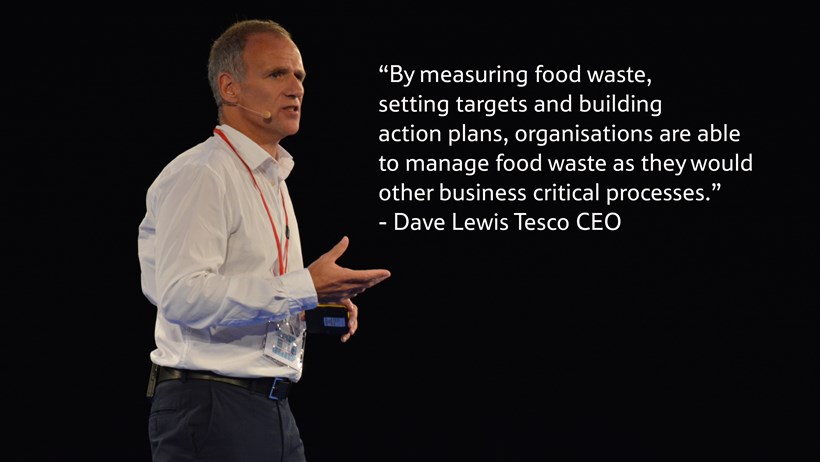 New Champions 12.3 report calls on all nations to halve food waste and reduce food loss by 2030

Washington, D.C, 2016-Sep-24 — /EPR Retail News/ — A new report released assesses the world’s progress toward Target 12.3 of the Sustainable Development Goals (SDGs), which calls on all nations to halve food waste and reduce food loss by 2030. Given the magnitude of food loss and waste globally, the report recommends nations, cities and businesses in the food supply chain move quickly to set reduction targets, measure progress and take action to reduce food loss and waste.

One-third of all food produced is never eaten by people. The impact of this loss and waste worldwide is tremendous. Food loss and waste is responsible for $940 billion in economic losses and 8 percent of greenhouse gas emissions annually. Around 88 million tonnes of food are wasted annually in the European Union, costing an estimated 143 billion euros. The FAO reports that the amount of food wasted in Europe could feed 200 million people.

The new publication, SDG Target 12.3 on Food Loss and Waste: 2016 Progress Reportwas released on behalf of Champions 12.3, a unique coalition of leaders from government, business and civil society around the world dedicated to inspiring ambition, mobilising action, and accelerating progress toward achieving SDG Target 12.3.

According to the report, governments and organisations across Europe have taken a number of notable steps over the past year (SDG Target 12.3 was set in September 2015) to reduce food loss and waste:

However, considering the enormous scope of the food loss and waste challenge, Europe and other regions need to do much more. The report offers three recommendations for leaders to meet Target 12.3 by 2030:

Dave Lewis, CEO, Tesco: “It is vital that organisations begin measuring food waste, and set reduction targets.  In 2013, Tesco became the first and only UK retailer to publish independently assured food waste data. It was a move that was instrumental in showing us where we needed to focus our efforts. Once we identified the problems areas we knew where to act. By measuring food waste, setting targets and building action plans, organisations are able to manage food waste as they would other business critical processes.”

Vytenis Andriukaitis, European Commissioner for Health and Food Safety: “To fight food waste, we need to redesign our food value chain, eliminating waste at each stage and making any surplus food readily available to those in need.  This requires close co-operation of all actors and I am confident that the EU Platform on Food Losses and Food Waste will help accelerate our progress towards SDG Target 12.3”.

Peter Bakker, President and CEO, WBCSD: “Wasting a third of the food we produce is an alarming symptom of our profoundly broken global food system. It is easy to see the business logic in improving this ratio: what you don’t waste, you don’t have to produce. Addressing this through Target 12.3 will also bring a range of other benefits – we’ll require less natural resources for production, and we can improve food security and efficiency simultaneously. To help achieve this goal, WBCSD is bringing together companies from around the world to lead the way for the private sector in accelerating the transition to a world with truly sustainable food systems.”

Paul Bulcke, CEO, Nestlé: “Momentum is growing toward achieving Sustainable Development Goal Target 12.3. I am convinced that by working together, we can accelerate efforts and develop effective solutions to help reduce food loss and waste globally. Nestlé will play its part. Bold action is what matters, and we are already committed to achieve zero waste for disposal in our sites by 2020.”

Wiebe Draijer, Chairman of the Executive Board, Rabobank: “With the global launch of Champions 12.3 this year, essential stakeholders worldwide have committed to join efforts in the reduction of Food Losses and Waste. We believe it is now time to identify the most imminent causes of food loss, to develop solutions, and to assemble the coalition to identify business cases and make investments bankable.”

Peter Freedman, Managing Director, The Consumer Goods Forum: “The CGF is proud to be associated with Champions 12.3 and welcomes the report published today. Our Food Waste Resolution sets targets that are fully aligned with SDG 12.3 and we are now focused on implementing it. Consistent with the second step of the approach endorsed by Champions 12.3, this summer we partnered with the World Resources Institute to launch the first ever global standard for the measurement of food loss and waste (FLW). Now, consistent with the third step, we continue to support our members’ implementation actions, through educational webinars on the FLW Standard and sharing best practices.”

Liz Goodwin, Senior Fellow and Director, Food Loss and Waste, World Resources Institute: “It’s appalling that one-third of all food the world produces is lost or wasted. It’s not just about the lost food and the obvious economic, social and environmental impacts. Food loss and waste is also a significant contributor to climate change. We have a critical issue on our hands and we must better manage resources in order to sustain generations to come. I’m heartened at the efforts to reduce food loss and waste that have gained traction in the past year, and with even greater action by governments and businesses we can accelerate global progress toward Target 12.3.”

Marcus Gover, CEO, WRAP: “The world’s growing population has implications for land, environment and resources, so ensuring food systems are fit for the future is one of the biggest challenges of our time. WRAP has been working on this for over a decade, forging partnerships and galvanizing action through the Courtauld Commitment. As a result, since 2007, we have helped reduce food waste by over a million tonnes per year, across retail, hospitality and food service, and in the home. Our ambitious goals align with Target 12.3, and I’m delighted to see that through Champions 12.3, good progress is already being made.”

Hans Hoogeveen, Ambassador and Permanent Representative of the Netherlands to the UN Organizations for Food and Agriculture: “Worldwide, food loss and waste impedes food security and fuels climate change. For advancing the agreed 2030 Agenda for Sustainable Development this issue must be tackled today. Food that is ultimately lost or wasted consumes about a quarter of all water used by agriculture, requires cropland area the size of China, and is responsible for an estimated 8 percent of global greenhouse gas emissions.”

Yolanda Kakabadse, President, WWF International: “I am delighted to support this excellent initiative which aims to inspire ambition, mobilise action, and accelerate progress to reduce global food waste all along the path from source to the table. Reducing food loss and waste is a vital first step to achieve local and global food security whilst reducing the pressure on nature. It is the start of a longer journey to create a food system that ensures people and nature thrive in harmony.”

Paul Polman, CEO, Unilever: “The pathway to achieving a world where no food goes to waste is set out in Champions 12.3 Progress Report. We need to set clear targets, measure the problem and take action working with governments, private sector, civil society and consumers. Ending food waste will help fight food insecurity, reduce costs for the global economy and mitigate climate change.”

Achim Steiner, Director, the Oxford Martin School: “Whether you take an ecological, economic or ethical perspective, reducing food waste and loss makes eminent sense.  Recent efforts in Europe are heartening in terms of meeting SDG Target 12.3.  From information to legislation – we need ‘all hands on deck’ to ensure that producers and consumers can work together along the whole supply chain to ensure that food loss and waste are significantly reduced.”

Champions 12.3 is a coalition of executives from governments, businesses, international organisations, research institutions, farmer groups and civil society dedicated to inspiring ambition, mobilising action and accelerating progress toward achieving SDG Target 12.3 by 2030. World Resources Institute and the Government of the Kingdom of the Netherlands serve as co-secretariats of Champions 12.3.