Auckland, New Zealand, 2016-Aug-01 — /EPR Retail News/ — Last night, more than 120 checkout operators from Bay of Plenty New World and PAK’nSAVE stores tested their skills against each other onstage at the Baycourt Centre with the hope of ultimately taking out the title of Foodstuffs North Island Checker of Year.

New World Brookfield Checkout Manager Sade LeMon said that their team has a mock Checker of the Year event in-store to select the team and to give them a taste of what the pressure will be like on the night.

“The Checker of the Year competition raises our team’s spirit and morale. It is great torecognise and reward our checkers’ who consistently work hard.” 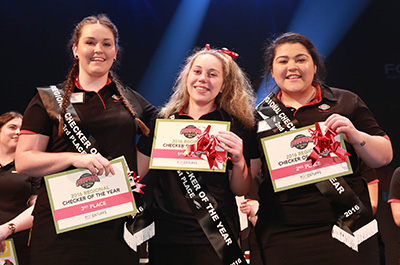