CHESHUNT, England, 2017-Feb-28 — /EPR Retail News/ — Lancashire growers have pulled off a coup by getting the first UK grown strawberries of the year on supermarket shelves in February.

It’s believed to be one of the earliest ever arrivals for Britain’s favourite home-grown fruit, having been helped by a mild winter and the recent warmer temperatures.

The first English strawberries will be on sale at selected Tesco stores from Tuesday (February 28).

The news means that this year shoppers will be able to enjoy UK strawberries for an extended season of around nine months.

Traditionally the first British strawberries of the year are grown in the warmer climates of Kent, Sussex or Wales, but for the first time ever, they will come from Lancashire.

“This brilliant but rare opportunity for customers to enjoy English strawberries so early in the year, is great news for shoppers.

“Helped by the recent warmer temperatures, this is the first time in ages that UK strawberries grown for supermarkets have been picked in February.

“Regarded as some of the best in the world, British strawberries tend to be sweeter, juicier and softer than those grown in other countries.

“The arrival of the first English strawberries marks the start of the UK fruit season, and is a great indicator that spring is just around the corner.”

The Lancashire strawberries were grown by one of the county’s largest berry producers, Medlar Fruit Farms, a family run business who are based in Kirkham.

Tesco’s early season glasshouse variety which will be on sale next week is called Driscoll’s Lusa and has been specially selected for its consistent high quality, aromatic flavour and sweet taste.

“We’re pleased to have been able to put Lancashire well and truly on the map for strawberries.

“The Driscoll’s Lusa variety are hugely popular with customers because of their fantastic flavour. We’ve been working with Tesco to extend the British season, so that shoppers can enjoy them for even longer.”

The traditional British strawberry season runs from May to September but now it can last for up to nine months. Medlar Fruit Farms are expecting to grow strawberries until mid- November.

Next week Tesco will also be stocking strawberries grown by one of its Welsh growers, S&A Produce, based in Herefordshire.

Tesco’s grower uses state of the art computerised glasshouses in order to bring out the flavours in a very natural environment.

Thanks to the innovation of growers and the recent milder winters Britain has been enjoying longer fruit growing seasons.

The first English apricots of the season went on sale on Monday and growers are reporting great quality fruit.

And early estimates are that English growers will produce approximately 200 tonnes – enough to supply Tesco for the whole of the summer.

It’s a massive increase on the 30 tonnes that were grown in England last year when the first English apricot crop became available.

And it is likely to encourage other stone fruit growers who until now have been hesitant to invest in apricot production.

The arrival of the English variety should be heralded as good news by British shoppers who in the last year bought 33 per cent more apricots than the previous year, according to latest data from retail analysts Kantar.

Tesco stone fruit buyer Henry Maulik said: “Thanks to the great weather the quality of English apricots this summer is very good. The apricots we’ve tested this week are juicy and rich but firm with a nice blush.

“Last year was the first time that growers produced a sufficient quantity of English apricots and the feedback from shoppers on the quality was fantastic.

“We’re very proud of the quality of these English apricots and believe that one day they could even be as renowned as British strawberries, cherries, apples and pears.”

Until a few years ago it was very hard to grow apricots on a commercial basis in the UK because of the climate and careful breeding has made this possible.

Tesco’s English apricots are produced by one of the UK’s largest stone fruit growers, Nigel Bardsley, whose farm is based near Staplehurst, in Kent.

Tesco started working on the project with Nigel five years ago with a view to launching major scale English apricot production.

Nigel, a Tesco supplier for more than 25 years, enlisted a team of experts comprising breeders, agronomists and growers to create a production plan which culminated in the planting of eight hectares of orange fleshed, French type apricots.

After visiting French growers a few years ago Nigel planted 5000 apricot trees across eight hectares of land and the first commercial quantities were produced last year.

Nigel said: “We’ve had near perfect growing conditions so far this year with a cold winter to help let the trees rest; a mild spring to allow for good pollination and a warm, dry summer so far to boost growth. This combined with a unique large day/night temperature differentiation, has led to fantastic red blushed and incredibly sweet apricots.

“Last year was the first time that we had a commercial quantity and I produced around 15 tonnes.

This year weather permitting we anticipate producing up to 120 tonnes which means that the English apricot industry is well and truly on its way.”

For more information please contact the Tesco Press Office on 01992 644645
We are a team of over 500,000 people in 12 markets dedicated to providing the most compelling offer to our customers. 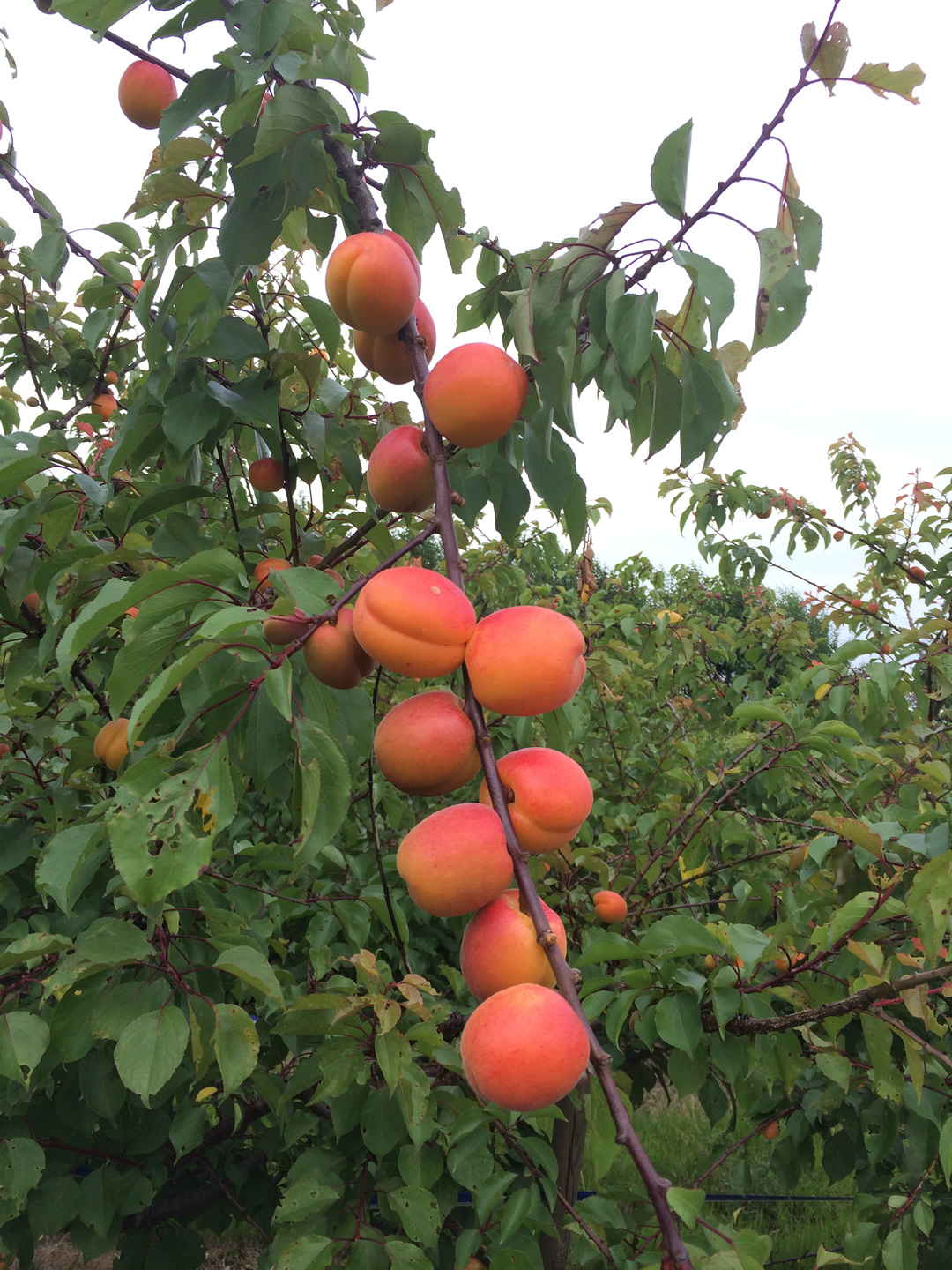