Sochi, Russia, 2014-2-18 — /EPR Retail News/ — Snow machines, skating rinks, ski jumps, high-speed trains and even a small army of security guards — Russia spared no expense staging the Winter Olympics in Sochi. By some estimates, the government plowed some $50 billion into the event, four times what China spent on its Summer Olympic Games. Nor was retail forgotten. Several new malls served the visitors and are now catering to the city’s roughly 500,000 year-round residents. Two of the most important of these are the MoreMall, which opened in 2012, and the Gorky Gorod Mall, which is in the ski resort built for the event, in the mountains behind Sochi.

Malls are a novelty for Sochi. Joseph Stalin built theaters, concert halls, botanical gardens and vast vacation complexes in the 1930s and 1940s, but retail mostly had to wait until the Putin era. The roughly 750,000-square-foot MoreMall, property of Moscow-based development company TPS Nedvizhimost, opened in 2012 and is reportedly fully leased. The 250-store shopping center’s anchor tenants include international names Adidas, H&M and Lacoste. Most days the mall attracts 30,000 visitors, according to Jones Lang LaSalle. “Originally we recommended they do it a bit smaller, but they wanted a mall that could be dominant in that region,” said Maxim Karbasnikoff, head of retail services for Cushman & Wakefield in Russia, advisers on the project.

Meanwhile, in the new Olympic ski village up in the snow-capped Caucasus, the 18,000-square-meter (about 194,000 square feet) Gorky Gorod Mall remains a work in progress. The mall and much of the ski settlement are the work of NBB Development (a unit of the National Business Development Bank) and designed by French architect Pierre Diener, whose firm, DGA/Agence, -specializes in resort architecture. Gorky Gorod Mall will contain 70 shops, plus a bowling alley, a cinema and a water park with a sandy beach. But according to news reports on Feb. 7, the day of the opening ceremonies, only one of the mall’s four levels was fully operational, and only two of the bowling lanes were open. One day later a Gorky spokesman was saying that 35 stores had opened and that more would continue to. Karbasnikoff, however, says he is unsure about the future of Gorky Gorod Mall and that of a 10,000-square-meter mall being built along the port. “Completed, yes,” Karbasnikoff said. “Filling with tenants? That’s another story.”

For now, because Sochi is mainly a tourist town, the current offerings “will be quite enough for this market during and after the Olympics,” said Marina Malakhatko, a business development director in the retail department of Jones Lang LaSalle in Russia. The 90,000 square meters of new retail space in downtown Sochi raises the amount of retail space to about 100 square meters per 1,000 inhabitants — roughly in line with the Russian average of 109 square meters per 1,000, according to Jones Lang LaSalle.

The real challenge for Sochi is that even though it was once one of the very few beach towns Russians had access to, millions now fly to Egypt and the Red Sea for their fun in the sun, and for a price Karbasnikoff says is lower than a Black Sea vacation. Still, he remains optimistic, simply because Russians keep getting richer. “I don’t expect [Sochi] to become the Russian Saint-Tropez,” Karbasnikoff said, “but we still have 160 million inhabitants, out of which 75 percent are middle-class-plus.” 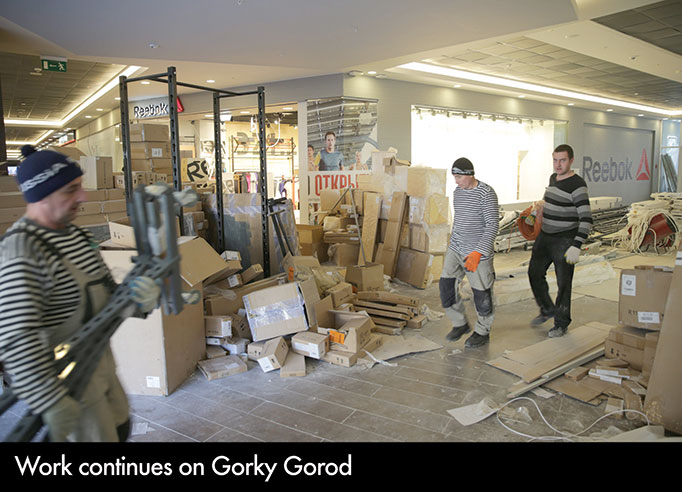