LONDON, 2014-12-22 — /EPR Retail News/ — Sainsbury’s has pledged a donation of nearly 10,000 turkeys along with other fruit and veg to offer a Christmas dinner to those in need over the week of Christmas.

Taste the Difference and By Sainsbury’s turkeys and turkey crowns are being donated in partnership with poultry supplier Faccenda.

Earlier this month Sainsbury’s also pledged a year’s worth of fruit and veg supplies to charities through its fresh produce suppliers – including the traditional sprouts for Christmas.

Turkey donations alone will provide around 100,000 portions of meat over Christmas week.

Charity Fareshare – which was founded by Sainsbury’s in partnership with Crisis twenty years ago – is adding Christmas food to its traditional year-round donations to charities across the country in the run up to the festive season.

Sainsbury’s Fresh Produce Business Unit Director Charlotte Rhodes, said: “I’m delighted that we’re able to help those in need this Christmas with our donation of turkeys. It adds to our extensive donations of fresh fruit and vegetables and other goods all year round. Together with Fareshare we’re committed to getting food to those who need it most.”

FareShare’s Director of food Mark Varney said: “This is a really welcome addition at this time of year that we can pass onto our charity members across the UK who help some of the most vulnerable and socially excluded people in need. We have the capacity and space to handle large volumes of surplus food and to redistribute it to great and wide effect. We would urge other suppliers and food industry companies that have surplus food, particularly turkeys, to get in touch.”

Turkeys donated to Fareshare via Faccenda include Taste the Difference and By Sainsburys birds and crowns – totalling 9,776 units. The equivalent in portion sizes is 100,000.

About Fareshare
FareShare was co-founded by Sainsbury’s and homeless charity Crisis in 1994 and operated as a division of Crisis for 10 years.

Through its charity members Fareshare are helping to feed over 82,000 people every day, redistributing more than 6,400 tonnes of food a year which helps to provide around 13.2 million meals a year.

Donating fruit and veg through a supplier summit

Sainsbury’s has become the first retailer that encouraged its suppliers to work with FareShare and authorised them to divert own branded surplus products to the charity’s network.

Since April 2013 and as a direct result of these introductions to suppliers by Sainsbury’s, FareShare has captured over 495 tonnes of surplus fresh produce from fresh produce suppliers that would otherwise be considered waste. This has been instrumental in providing valuable nutritional products to vulnerable people accessing food at projects supplied by FareShare.

FareShare’s partnership with Sainsbury’s is helping the business to reduce the amount of surplus food and the associated costs involved of returning surplus stock back through the supply chain. In addition, Sainsbury’s works closely with suppliers to encourage the reduction on surplus products appearing, resulting in a more effective and efficient supply chain overall. 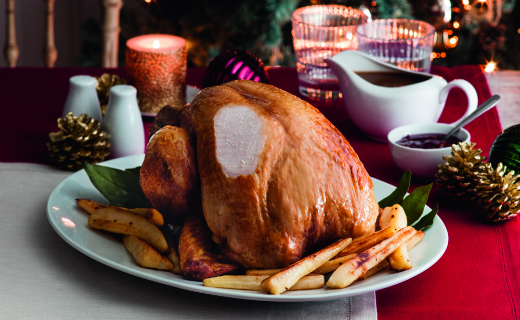 Sainsbury’s donates nearly 10,000 turkeys along with other fruit and veg to offer a Christmas dinner to those in need