Richfield, MN, 2015-3-26 — /EPR Retail News/ — Best Buy was among the contributors named by the White House yesterday committing to a $240 million effort to prepare students to excel in the fields of science and technology.

Best Buy is teaming up with FIRST, a youth science and technology education nonprofit, to  help low-income teens around the United States compete in robotics competitions. The Best Buy Foundation is providing financial support to some 20 VISTA members who will teach robotics to teens at up to 10 locations, including Best Buy Teen Tech Centers.

FIRST, through its AmeriCorps VISTA program, is one of 10 national partners supported by $1.7 million in grants from the Best Buy Foundation this year to help underserved teens build 21st century skills and bridge the digital divide. FIRST, which stands for For Inspiration of Science and Technology, reaches hundreds of thousands of students annually through programs including robotics competitions, LEGO League and scholarships.

The partnership was announced Monday by President Obama during the White House Science Fair.  It’s part of his Educate to Innovate campaign to get more girls and boys, especially those from traditionally underrepresented groups, inspired and prepared to excel in the critical fields of science, technology, engineering and math (STEM).

Since 1995, Best Buy and its Foundation have invested more than $300 million in communities nationwide, supporting programs that leverage technology to inspire and engage teens and prepare them for college and future careers. 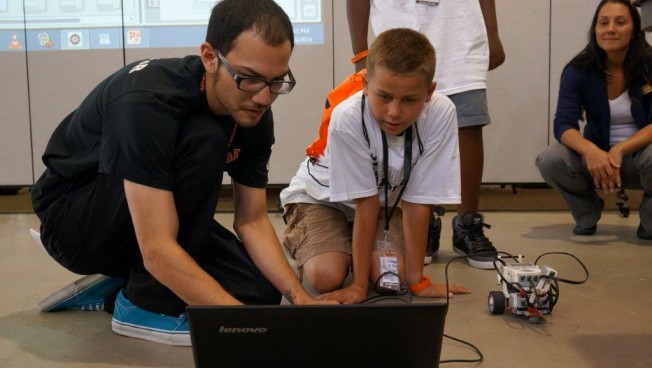