MANCHESTER, UK, 2015-11-27 — /EPR Retail News/ — The Co-op has opened its latest food store in Manchester today (Thursday, 19 November) following a £560,000 investment in Birley Fields, Hulme. The food store launch forms part of a more than £7.5M investment programme this year by The Co-op to transform and grow its convenience business in Greater Manchester, and follows the re-launch of its store in West Didsbury last week which was opened by Corrie’s Tina O’Brien following a near £300,000 makeover.

The investment in the new store – located by the student halls of residence on the MMU’s Birley Fields campus – has created 22 new jobs with vacancies remaining for in store retail roles.  The new store will open between 8am – 10pm, seven days a week, it has an in-store bakery, a focus on fresh, healthy foods and essentials and includes a Costa coffee express dispenser. Guests of honour at the store’s launch were children from nearby St Philip’s primary school who cut the ribbon and declared the new Co-op open for the community.

The store also launched its Community Pioneer role, where a member of the food store team also works to foster involvement in community activities, from local fundraising initiatives to helping to understand and develop solutions to meet community needs including support for the British Red Cross, The Co-op’s new charity partnership which will help to tackle social isolation and loneliness in communities.

Rebecca Howard, Manager of the new Hulme, Birley Fields, Co-op food store, said: “We are delighted to have made such a significant investment in Hulme to open our latest food store – the store looks fantastic and, it really is an exciting time for the whole team. The Co-op is investing to transform and grow its convenience business, enhancing the in-store experience while lowering the price of everyday essentials. We are confident that the new store will be a real asset to the community, enabling shoppers to pick up delicious food conveniently and, as a community retailer and a co-operative, it will play its part in local life too.”

There will be offers and promotions in and around the store to mark its launch. Students – who hold a NUS extra card – receive a 10% discount off their groceries in store. And, The Co-op has also announced a £125M investment in lowering the price of everyday essentials – a move which has seen it prune the price of over 100 lines of fresh fruit and vegetables including revolving offers on popular produce, called “fresh three”. 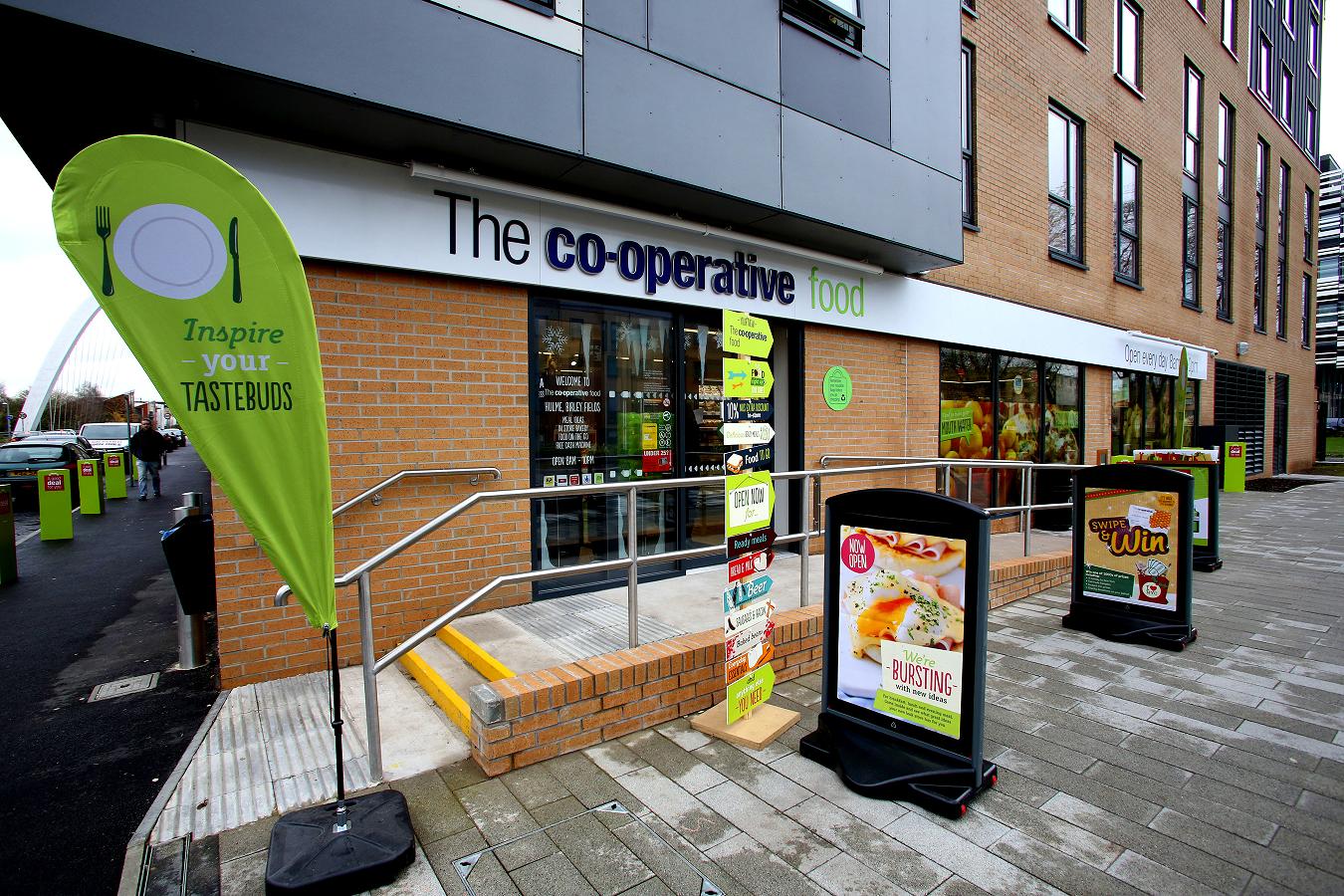